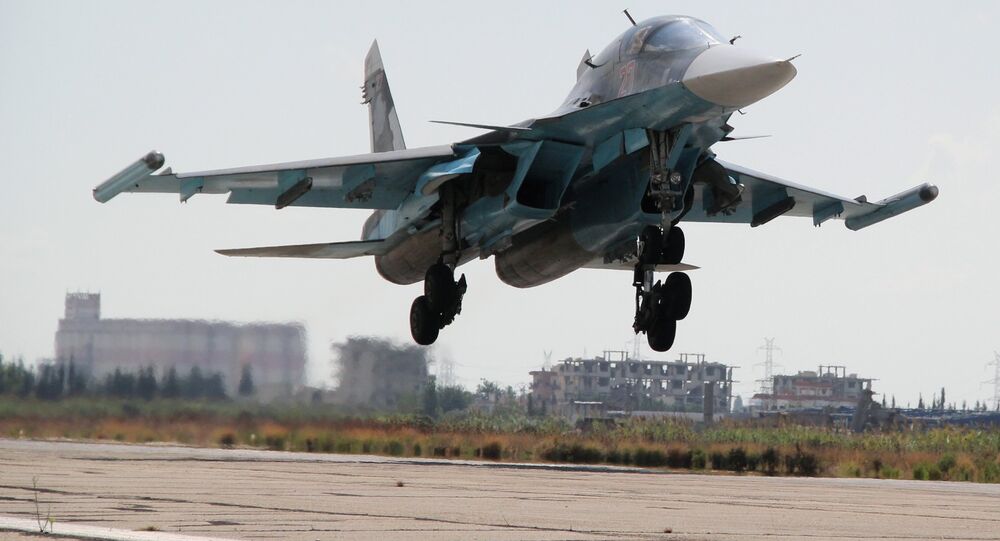 Putin Orders to Coordinate Russia's Actions in Syria With US Coalition

Putin instructed the Russian Armed Forces in Syria to coordinate with command posts in Israel and the US-led coalition.

The president instructed that in undertaking its anti-terrorist operation in Syria, the Ministry of Defense must coordinate its actions with Israeli command and the US-led anti-Daesh coalition.

"It is important to enhance cooperation with all the countries which are really interested in eliminating terrorists. I am speaking of the contacts aimed at ensuring safety with Israeli Air Force command posts and with the forces of the anti-Daesh coalition led by the United States," the Russian head of state said, speaking before the Defense Ministry board meeting.

"The actions of our armed forces were synchronized with the work of our law enforcement agencies and special services on the territory of Russia. You see, esteemed comrades, that the FSB is uncovering camouflaged cells of various terrorist organizations across the country, including of the infamous IS," Putin said at a Defense Ministry Board meeting.

The Islamic State (ISIL, also known by its Arab acronym Daesh) is designated a terrorist organization by numerous countries across the world, including Russia.