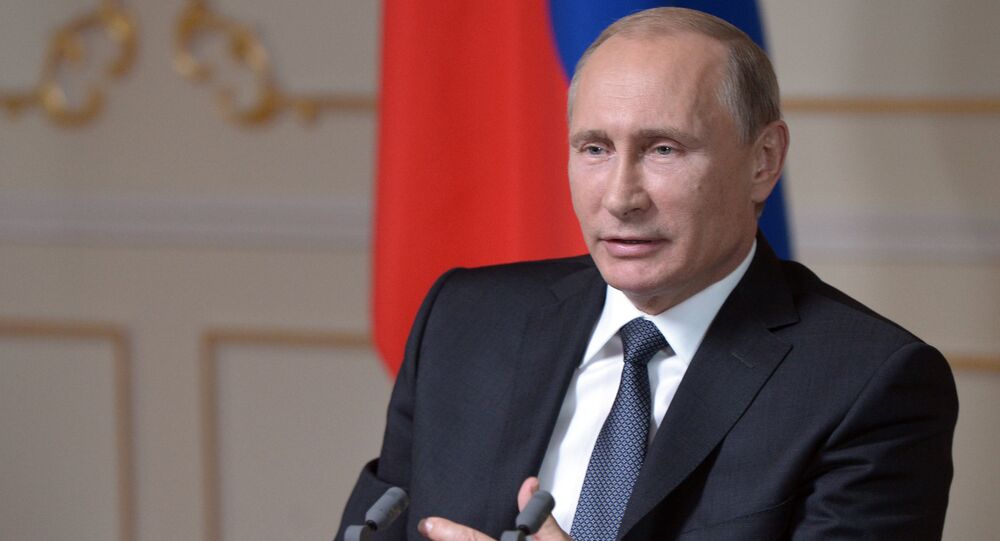 Russian Operation in Syria Not in Geopolitical Interests - Putin

Russian operations in Syria are not dictated by geopolitical interests or a desire to test new weapons, but because Daesh is directly threatening russia, Vladimir Putin said.

The Russian president also warned those attempting to organize provocations against Russian military personnel in Syria: any forces threatening Russian army will be eliminated.

"Our forces in Syria first of all are defending their country. Our actions there[in Syria]  are not dictated by some abstract vague geopolitical interests. We are not testing our new weapons or demonstrating our might <…> We are eliminating the Daesh threat to Russia", Putin stated.

Since September 30, Russia has been conducting an aerial campaign in Syria against the Islamic State (ISIL, or Daesh in Arabic) extremist group, which is outlawed in Russia, following a request from President Bashar Assad.