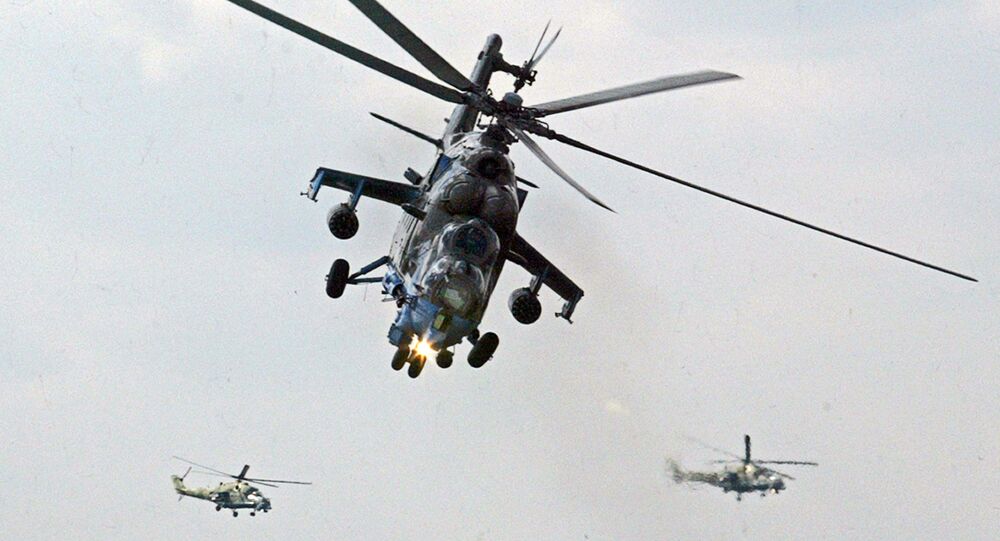 Seven of Russia’s advanced Mi-24 Hind attack helicopters and Mi-8MT Hip transport helicopters have been deployed to a Russian air base in Armenia, the Southern Military District (SMD) said Tuesday.

MOSCOW (Sputnik) – An additional batch of helicopters is expected to reach the base by the end of the year, the SMD said.

© Sputnik / Vitaliy Ankov
Russia Deploys Mi-24 Helicopter Gunships Near Afghan Border
The helicopters will sit alongside the MiG-29 fighters at the air base, the SMD said, adding that pilots would begin helicopter flights in a month.

The district’s Erebuni base was formed in 1995 and the MiG-29 Fulcrum multirole fighters were deployed there in 1998, according to the Russian Defense Ministry. In July 2001, the units at Erebuni were incorporated into an air division of the Russian 102nd Military Base in Gyumri, Armenia.

Up and Away: MiG-29 Performs Amazing Vertical Takeoff