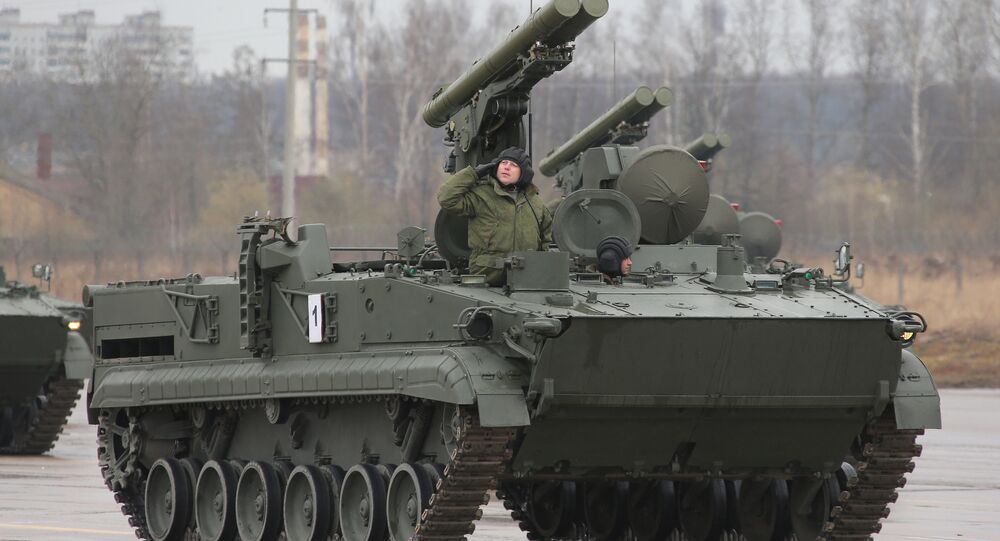 © Sputnik / Vitaliy Belousov
Russia, UAE to Sign Contract on Unique Khrizantema-S Antitank Systems Sales
The Khrizantema’s 9M123 missile travels at an average speed of 400 m/s and has a range of between 400 and 6000 meters.

The system is also unique among Russian anti-tank guided missiles in that, depending on the variant, its missile can either be guided by laser or radar.

By contrast, America’s much-touted Javelin anti-tank missile which the Ukrainians are so eager to get, boasts maximum penetration capacity of just 70 centimeters.

Israel’s Spike-MR/LR missile does a bit better cutting through 1 m of armor but is still no match for its Russian analogue.

The 9M123 missile together with its associated guidance system forms the 9K123 missile system. It is currently only launched from the 9P157-2

Khrizantema-S tank destroyer, based on the BMP-3 chassis. Its dual guidance system ensures protection against electronic countermeasures and operation in all climatic conditions, day or night.

The system entered service with the Russian armed forces in 2005.