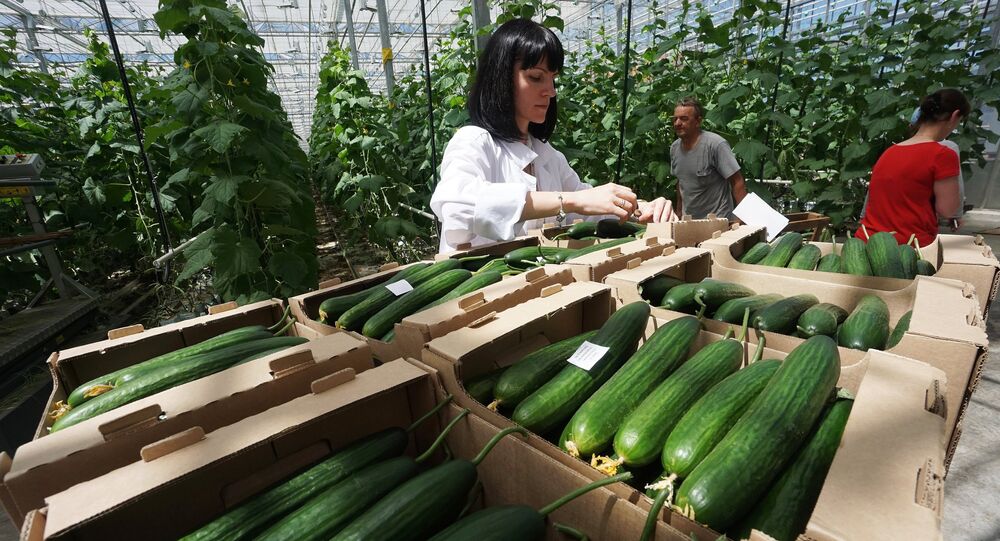 Russian President Vladimir Putin called on the country to completely supply itself with foodstuffs by 2020.

"We are not only able to feed ourselves taking into account our lands, water resources – Russia is able to become the largest world supplier of healthy, ecologically clean and high-quality foodstuffs which the Western producers had long lost, especially given the fact that the demand for such products in the world market is steadily growing," Putin said, addressing the Russian Parliament, the Federal Assembly.

The president also called on the country to completely supply itself with foodstuffs by 2020.

© Sputnik / Michael Klimentyev
Nation's Financial Stability, Independence 'Absolutely Intertwined' - Putin
"I believe that it is necessary to set an aim of a national level, and by 2020 completely supply the inner market with home-grown foodstuffs by 2020," Putin said.

Russia has recently increased the production of food. According to Russian Deputy Minister of Agriculture Evgeny Gromyko, the country's agricultural sector is expected to increase its production by 2 percent in 2015.

Dozens of countries worldwide, including Russia, require food producers to label genetically modified food, with opponents of GMOs arguing that the health risks associated with such products have not been adequately studied.