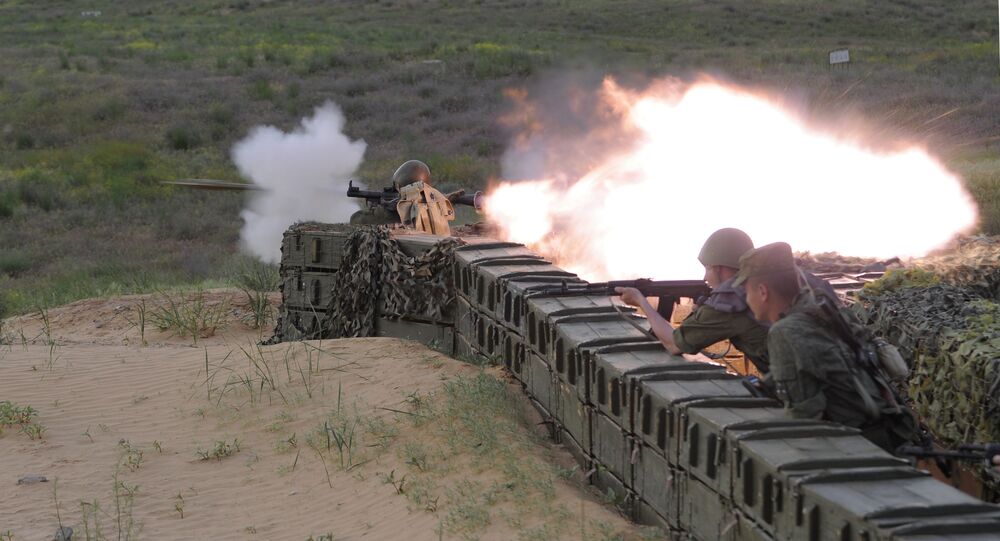 "During the exercise, marine battalion personnel practiced repelling a terrorist group attack on a military town and organizing interaction between the unit's duty service and counter-terrorist subdivision in repelling attacks on the unit's facilities," the press service said.

With 200 service personnel and 20 units of military equipment involved, the servicemen will also practice providing first aid for simulated injuries.

The Caspian Flotilla joined Russia's strikes against the Islamic State (IS, or Daesh in the Arab world) on October 7, with four ships firing 26 rockets at terrorist targets. On November 20, 18 cruise missiles were launched by the flotilla and hit targets in the IS capital of Raqqah, as well as in Idlib and Aleppo, according to Russia's Defense Minister Sergei Shoigu.

The violent religious extremist group is outlawed in Russia, where it is classified as a terrorist organization.