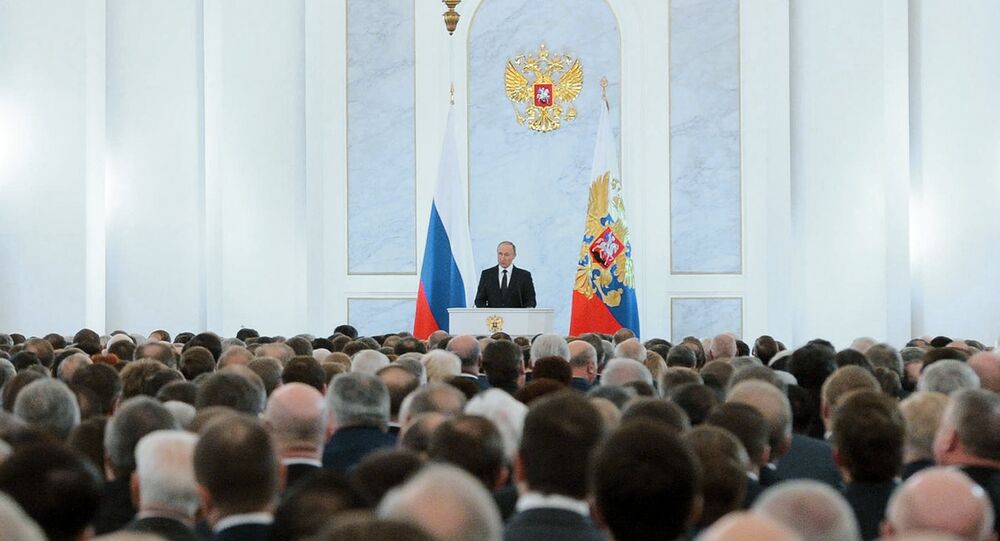 The financial stability of a country is absolutely intertwined with its independence.

© Sputnik / Konstantin Chalabov
Turkey Will Not be Let off 'With Just Tomatoes'
MOSCOW (Sputnik) – The financial stability of a country is absolutely intertwined with its independence, Russian President Vladimir Putin said Thursday.

"I just said that the financial stability and the independence of a country are absolutely intertwined. Please, proceed from these key basic considerations," Putin said, addressing the Russian Parliament, the Federal Assembly.

He noted the difficult, but not critical, economic situation in Russia, pointing to "positive trends" in key indicators.

IMF mission chief for Russia, Ernesto Ramirez Rigo, noted that Russian inflation was expected to decline to 12.7 percent in late 2015.

Finance Minister Anton Siluanov said Monday Russia’s national currency, the ruble, should not experience the same exchange rate fluctuations observed in 2014 this and next year.

This summer, the Russian Central Bank forecast a 3.2-percent economic decline this year, followed by growth of 0.7 percent in 2016 and up to 2.4 percent over the next two years.

Russia Shows Responsibility, Leadership in the Fight Against Terrorism