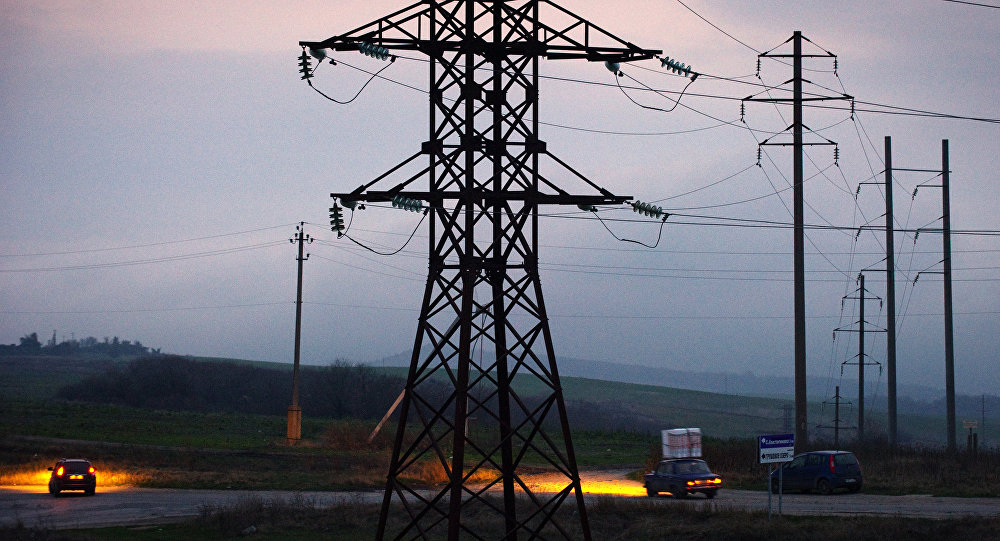 Crimea Ready to Launch 'Energy Bridge' to Russia After Blackout

SIMFEROPOL (Sputnik) — Crimea was plunged into darkness last week after Ukrainian nationalists blew up pylons that support electricity lines from Ukraine. Kiev claims that "activists" have been obstructing repair works.

© Sputnik /
War-Torn Donbass Helps Crimea Amid Kiev-Imposed Power Blackout
Anokhin added this was the first time in the history of the Crimean electricity grid that it had to be reconfigured from scratch and made self-sufficient.

Following the outage, Crimea declared a state of emergency and switched to locally-based emergency power generation.

Earlier this week, Novak said that Moscow could respond to the Crimea blackout by halting coal deliveries to Ukraine.

No Populated Areas Left Without Electric Supply in Crimea

Crimeans Stock Up on Portable Radios, Cells, Kerosene Amid Blackout