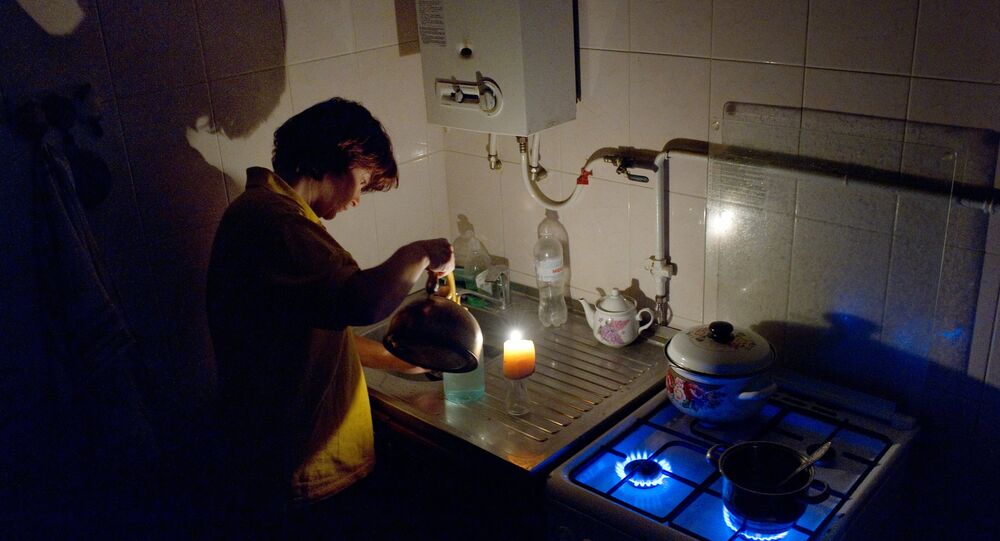 Crimeans Stock Up on Portable Radios, Cells, Kerosene Amid Blackout

LED lamps, torchlights and radio receivers running on batteries and kerosene for long-since-forgotten gas lamps are back in vogue in Crimea, which was plunged into a complete blackout early on Sunday morning, Russian media wrote on Thursday.

© Sputnik / Sergey Malgavko
Germany Condemns Ukraine's Blackout of Crimea as Criminal
With much of the peninsula still suffering from the shutdown, portable radios are the main source of information for some 2.5 million Crimeans who were left without electricity over the weekend after explosions downed several transmission towers in southern Ukraine, RIA Novosti reported.

“We are getting the latest news on the radio because when you have no electricity and the Internet is down, portable radios remain the only source of information about what is going on in Crimea and elsewhere in the world,” said a local resident who had come to Simferopol to buy a radio and a battery-charged lamp.

Seventy years after the end of WW2 Crimeans are lining up for kerosene again and LED lamps, torchlights and cells are selling like hot cakes.

Medical and other crucial elements of the social infrastructure are on backup power.