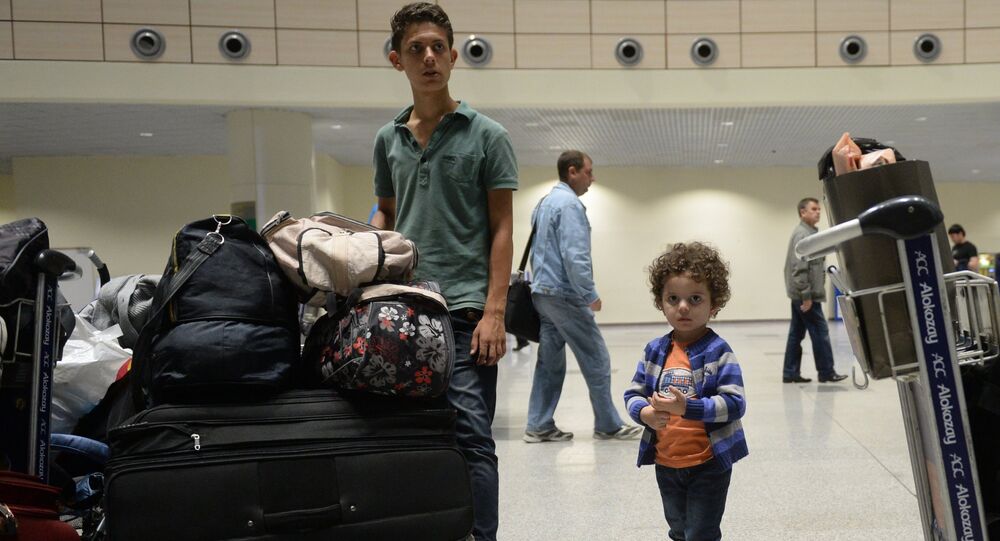 Some 2,000 Syrians have received temporary asylum in Russia since the beginning of the conflict in Syria.

© REUTERS / Mario Anzuoni
Teenage Syrian Refugees Give Back by Helping Seattle’s Homeless
ST. PETERSBURG (Sputnik) — About 2,000 Syrians have received temporary asylum in Russia since the beginning of the conflict in the Middle Eastern country, the head of Russia's Federal Migration Service, Konstantin Romodanovsky, said Thursday.

"The situation in the Middle East and North Africa has not passed us by. Following the crisis in Syria, the number of citizens of this country who has been granted temporary asylum in Russia is close to 2,000 people," Romodanovsky said at a meeting of the Commonwealth of Independent States (CIS) migration authorities.

He added that as of November 1, over 10.2 million foreign citizens were resident in Russia, 85 percent of whom are originally from CIS states.

Syria has been in a civil war since 2011. The internal conflict is responsible for the highest refugee population in the world, with over four million refugees having fled Syria to neighboring countries and Europe, according to UN data.