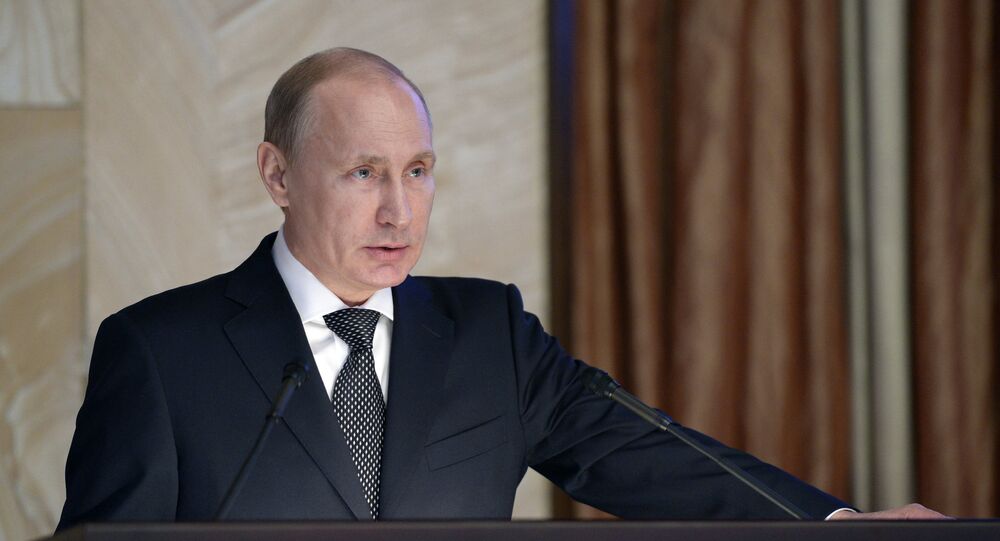 Russian President Vladimir Putin signed a decree to award three heroes of the Syrian operation, two of them posthumously.

Vladimir Putin has awarded two Russian officers fallen in Syria and gave the order 'For Personal Courage' to the Russian captain who survived.

"For heroism, courage and bravery shown during the fulfilment of his military duties, Lieutenant Colonel Oleg Peshkov has been awarded the title of Hero of the Russian Federation (posthumously)," the presidential decree released by the Kremlin press service reads.

#Su24 crew commander has been posthumously awarded the title Hero of Russia https://t.co/XboiF8qjWl

© Sputnik / Dmitriy Vinogradov
Downed Su-24 Pilot Found 'Safe And Sound', Taken to Hmeymim Base
Furthermore, for their courage, bravery, and selflessness in carrying out their military duties, Su-24 co-pilot Captain Konstantin Murahtin, who made it back to friendly territory following a successful search and rescue operation, and Naval Infantry Soldier Alexandr Pozynich, who was killed during the course of a rescue operation, were awarded the Order of Courage (Pozynich posthumously).

Earlier in the day Vladimir Putin said that the commander of downed Su-24 will be awarded the Star of Hero of the Russian Federation posthumously.