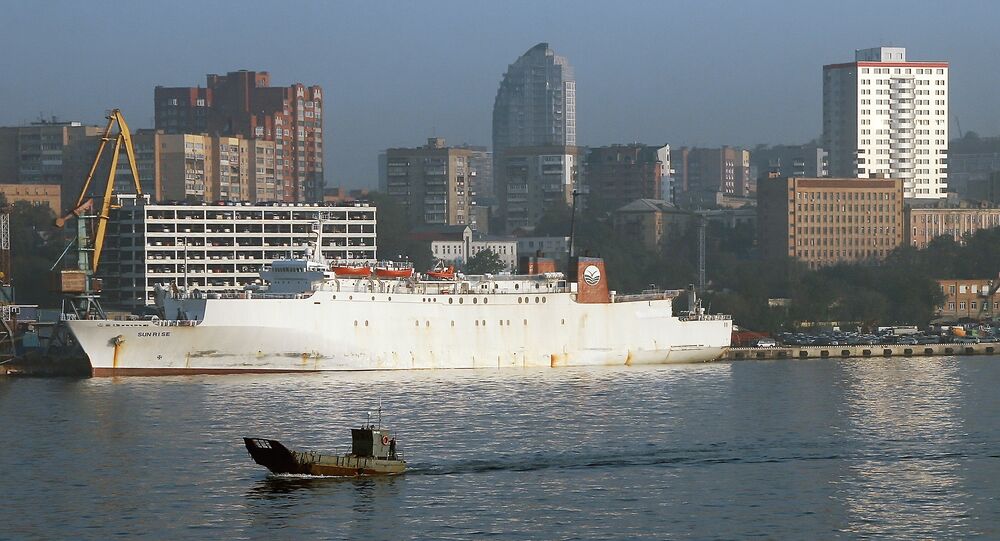 VLADIVOSTOK (Sputnik) – The law on the free port of Vladivostok, the so-called porto franco, came into effect on October 12, 2015. Up to 15 municipal entities of Russia's Primorsky Territory offer relaxed state customs, taxation, and visa regulations for its investors.

"We agreed with several countries on business missions to the Far East so that they could come here, see the free port of Vladivostok, the created territories of priority development," Minister Alexander Galushka said.

© Sputnik / Igor Mikhalev
Russian Far East Ports May Become Link Between Asia-Pacific, Europe
Speaking to reporters in the Primorsky Territory port city of Nakhodka, Galushka said the effort to attract foreign businesses is aimed at balancing the majority of Russian companies that applied for residence under the recently passed law.