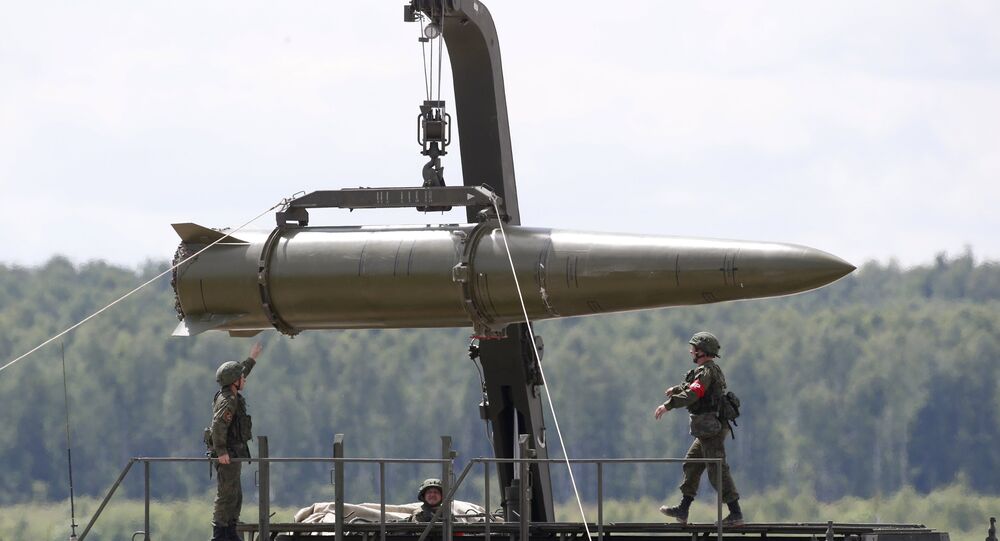 Dragovalovsky did not specify the exact types of missiles being developed for the system. Konstrukskoye Buro Mashinostroyeniya, the design bureau behind the Iskander, said in a press release this week that the system currently has four types of ballistic missiles and one cruise missile.

"This system, the Iskander-M, has a great potential for modernization, which is happening in terms of armaments and missiles in particular. That is, the standard array of missiles is growing and new missiles are being developed," Drugalovsky said.

The missile force chief added that the base chassis is also being made more reliable, and should remain in service for the relatively long term. Drugalovky also said that 9K98 Smerch multiple rocket launcher and its modernized version, the Tornado-S, would receive guided missiles. The 9K98 system currently has a range of up to 120 kilometers.

The Iskander-M is a rapid-deployment tactical system designed for eliminating targets at a range of up to 500 kilometers. It is intended for small-scale targets such as missile systems, multiple rocket launchers, long-range artillery, airfields and command posts.