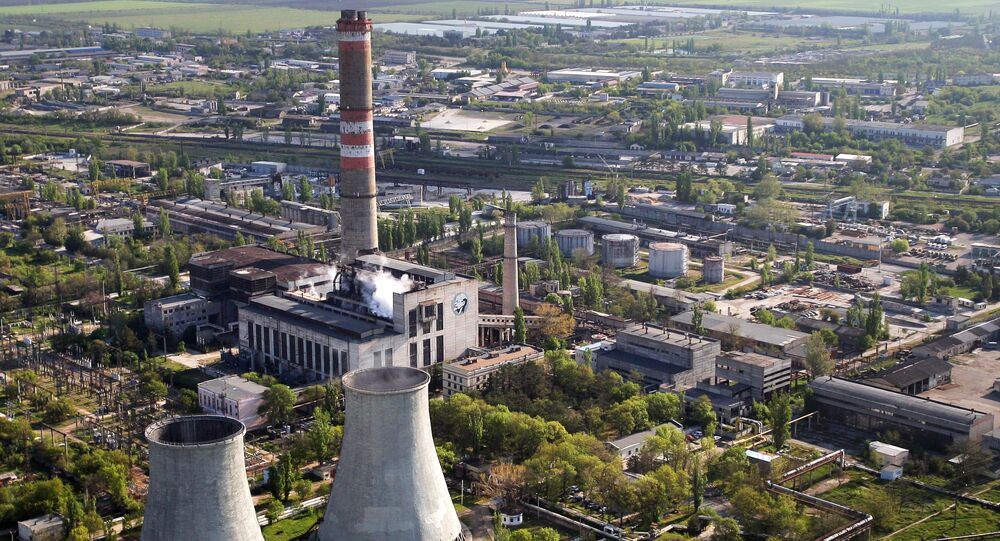 Crimea started to rely on reserve power generation on Sunday morning after a mysterious accident in Ukraine caused 1.9 million of the peninsula's 2.3 million residents to lose power.

© Sputnik / Pavel Lisitsin
Power Transmission Towers in Ukraine 'Blown Up' Causing Blackout in Russia's Crimea
The city of Sevastopol has begun using its own power generation after what Ukrainian authorities have called an accident led 1.9 million people to lose power in Russia's Crimean peninsula overnight on Sunday.

The entire peninsula lost its electricity supply after a power line accident on the Ukrainian side of the border caused the entire peninsula to lose power. Crimea and Sevastopol were part of Ukraine until 2014, when the residents of the two territories voted to become part of Russia following an armed coup in mainland Ukraine.

One of the two power lines that supply Ukrainian energy to Crimea was damaged on Saturday, leading the peninsula to lose most of its power supply. The Ukrainian Interior Ministry later said that the power lines had been blown up.

The peninsula has enough fuel to last 29 days, according to the Russian energy ministry. The Ukrainian power utility Ukrenergo pledged to resume supplies after two days.

Russia is currently building an energy bridge to Crimea that is set to be put into operation before the end of the year.