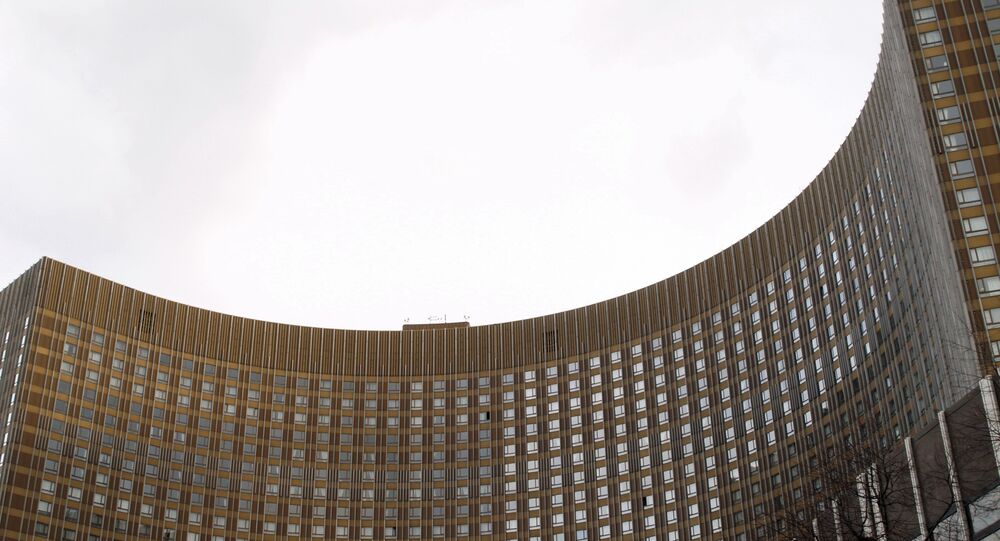 Almost a thousand people have been evacuated from the “Cosmos” hotel in northern Moscow after a call about an explosive device planted in the building. The hotel has been checked by K-9 police teams. The latest info suggests the call was false.

Around nine hundred people were evacuated from the hotel on Saturday night after a call about an explosive device planted in the building, a police source told RIA Novosti news agency.

“After the call about the bomb being planted, evacuation from the hotel is underway. Some 900 people have been taken out so far,” the source said, according to RIA Novosti.

The source said that two lower floors and the concert hall have already been checked. Examination of the whole building will take up to three hours.

The latest info suggests the call was false.

"00.10 Moscow time: The examination is over. All the premises have been checked. No explosive device found," a security source told RIA Novosti.

A show by a Russian comedy group "Uralskiye pelmeni" held in the hotel concert hall was reportedly interrupted.

The "Cosmos" hotel complex located in north-central Moscow was built by French specialists in 1979 to serve the XXII Moscow 1980 Summer Olympics. It is the largest hotel in Russia. In 2005, a monument to the French President Charles de Gaulle was opened in the hotel square.

It was also a setting for the Night Watch films.

London's Gatwick Airport Evacuated 'For Protection of the Public'