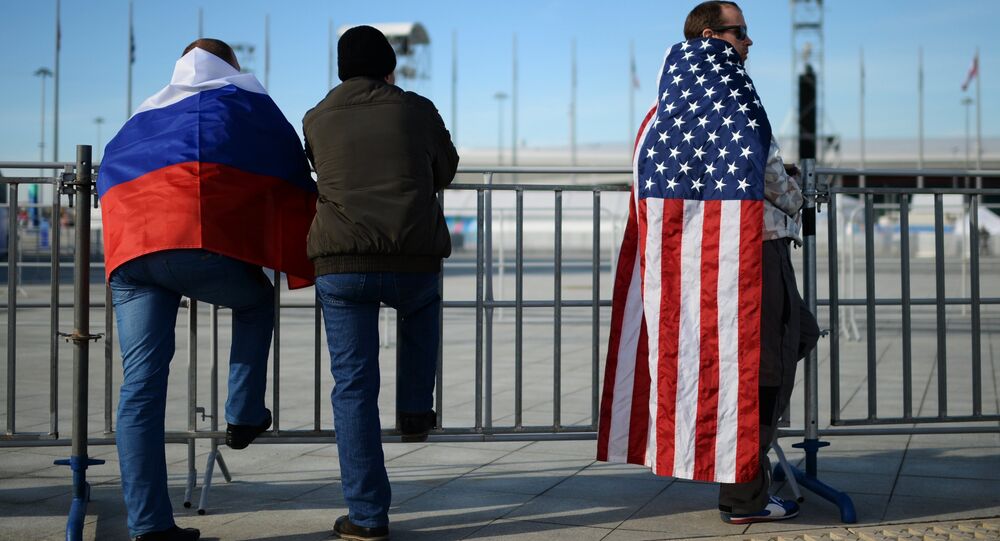 Russia and the US lack a positive agenda in bilateral relations which are now at their lowest in decades, leading Russian analysts said during a recent roundtable in Moscow.

© AP Photo / Dmitry Lovetsky
‘Too Early’ to Discuss Agenda of Possible Talks Between Putin, Obama
“Our main agenda with the Americans remains negative and is all about making sure we do not come to blows,” Moscow University international security expert Alexei Fenenko said during the RT-organized discussion, adding that chances of this brinkmanship spilling over into a real fight have dangerously gone up in the past few years.

“During the conflict in Georgia the Americans were openly airlifting Georgian troops from Iraq right to the frontlines and were moving their warships into the Black Sea bringing them within the range of a direct missile hit by our ships… We have a similar situation in Crimea and Ukraine and we are now engaged in a parallel operation in Syria,” Fenenko noted.

Fenenko explained this by the lack of a positive agenda in bilateral relations.

“Arms control accounts for 80% of this agenda. We are not talking about what we can really do together,” he added.

US and Canada Institute’s deputy director Valery Garbuzov said that fighting international terrorism could have helped bring Russia and the US closer together, but neither side seems ready for this, at least now.

“Radical Islam is a huge threat but we still have no pertinent agenda for de-escalation and we will hardly have one in the coming years,” Valery Garbuzov said.

‘Too Early’ to Discuss Agenda of Possible Talks Between Putin, Obama