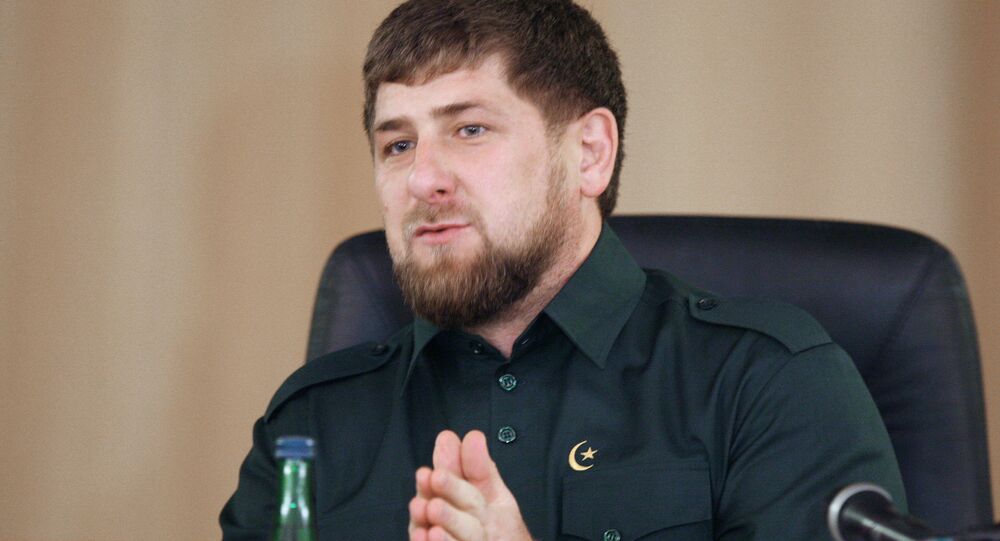 Chechnya’s head Ramzan Kadyrov has urged the leaders of the Muslim countries to join forces against the Islamic State terrorist group.

© Sputnik / Said Tsarnaev
West's Response to Russian Campaign in Syria Falling on Deaf Ears - Chechen Leader
“I deem it my duty to make a direct address to the leaders of Saudi Arabia, Qatar, Kuwait, Bahrain, Oman, the United Arab Emirates, Jordan, Morocco, Algeria, Turkey, Iran, Malaysia, Indonesia and Pakistan… How long are you going to sit and watch the Prophet Muhammad’s Ummah being destroyed? Why don’t you get together and discuss this problem? Why don’t you make steps to rein in the Islamic State?  Why aren’t you telling the US and its allies: “Enough is enough!”? Kadyrov’s press service quoted him as saying.

Saying that by using the so-called Arab Spring as a cover, the United States stoked up the flames of civil wars in Libya, Tunisia, Syria, Yemen and Egypt, Ramzan Kadyrov stressed that unity held the key to solving all of the world’s main problems.

"There are 1.5 billion of us living out there! We are young, healthy and brave and if we act together we are invincible! In the name of Almighty Allah I call on you to think about what is happening, find a way to reconciliation and work out a mechanism of reining in our common enemy,” Kadyrov added.