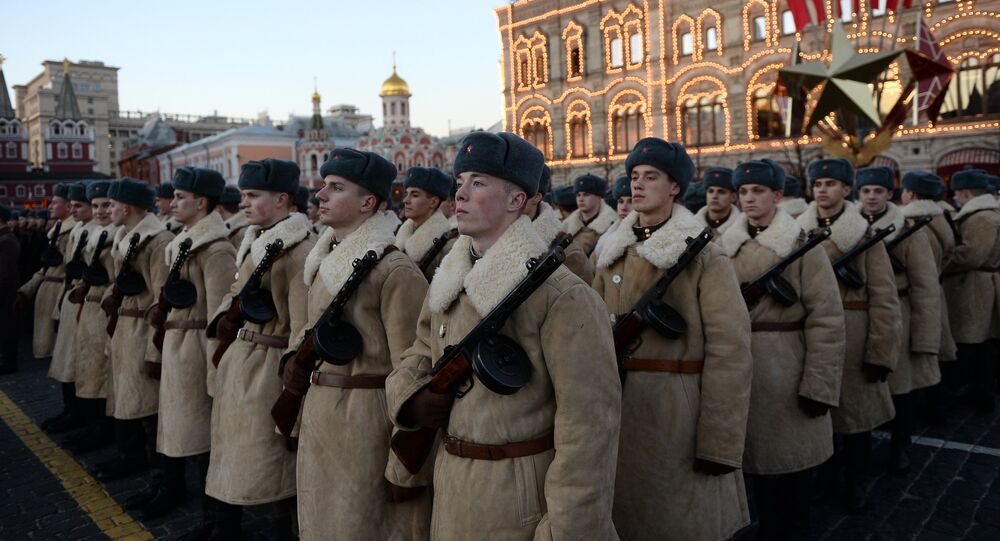 Several thousand servicemen march across the Red Square in commemoration of the historical 1941 military parade in Moscow.

Over 5,500 people, including 21 veterans who took part in the original parade of 1941, participated in the event.

A total of 55 units of WWII military hardware - tanks, armored cars, motorcycles, self-propelled anti-tank guns - were also employed during the parade. The vehicles will remain on display at the Red Square until evening.

The original parade was held on November 7, 1941, on the 36th anniversary of the Great October Socialist Revolution. Most of the 28,5 thousand soldiers who took part in the event marched from the Red Square directly to the frontline to defend Moscow against the advancing Nazi German forces.

The parade provided a considerable morale boost to the Soviet forces — for the first time since the beginning of the war people started to believe that victory was possible.

November 7 is now celebrated in Russia as a Day of Military Honor.