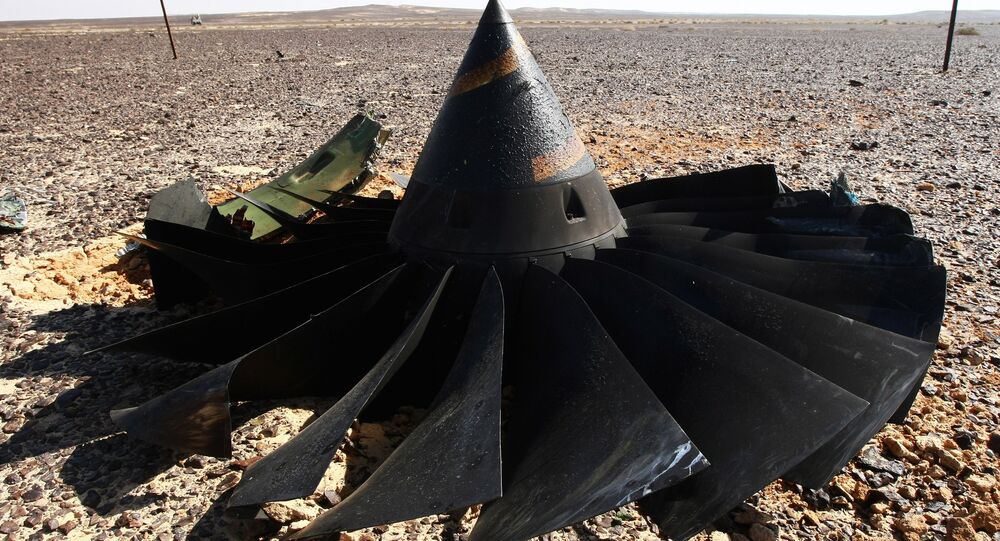 On Wednesday, the UK government concluded that the Russian passenger plane en route from Sharm el-Sheikh to St. Petersburg might have crashed on October 31 due to a bomb explosion, and suspended all flights to and from the Egyptian city until additional security measures were taken.

"If there is any serious data, we certainly hope that whoever possesses this data will provide it to the investigation," Peskov told reporters.

"We have said it before and we say it again: any versions regarding the incident and its causes may only be voiced by the investigation. We have not heard any statements from the investigators so far. Any other statements are either unverified information or some kind of speculations," the spokesman underscored.

No theory on the Kogalymavia flight 9268 crash in Egypt can be excluded, and it is too early to point to one specific version of events, Peskov said.

"Of course, all information is gathered and reported to the head of state. It is impossible to exclude any versions at this time, but at the same time, there are no reasons to state that one version is the most probable."

US: No Plans for Flight Advisory Change on Egypt’s Sinai After A321 Crash