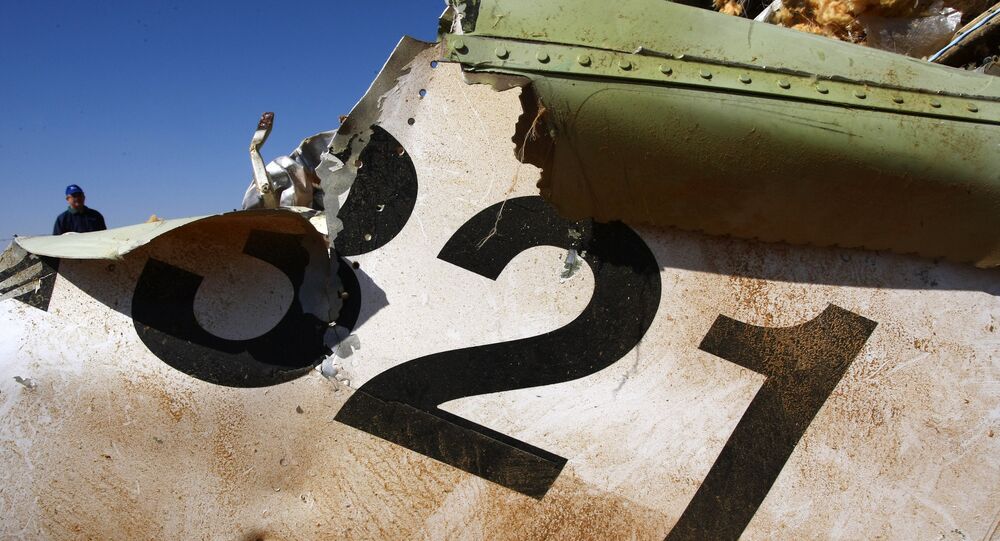 The Russian Health Ministry has confirmed information that 58 of the 224 people who perished in the A321 passenger jet crash over Egypt’s Sinai Peninsula on October 31 have been identified.

© Sputnik / Maxim Grigoryev
Russian Investigators to Test All Possible A321 Crash Causes in Egypt
MOSCOW (Sputnik) – “As of this morning, 58 bodies have been identified,” a Health Ministry representative said during a meeting with the Russian Emergencies Ministry.

The death of all 224 people on board the Kogalymavia Airbus A321 is the largest civil aviation disaster in Russian and Soviet history. The passenger plane broke apart in midair after taking off from the Egyptian resort of Sharm el-Sheikh en route to St. Petersburg.

A variety of leads have been set out by the experts following the accident, from a terrorist act to a technical glitch.

On Tuesday, an investigation committee on the crash of the plane, comprising experts from Egypt, Russia, France, Germany and Ireland, began its work.

On Tuesday, a spokesman for the Egyptian government said the preparation of a report based on data recovered from the crashed aircraft's flight data recorders would take between one and four weeks.