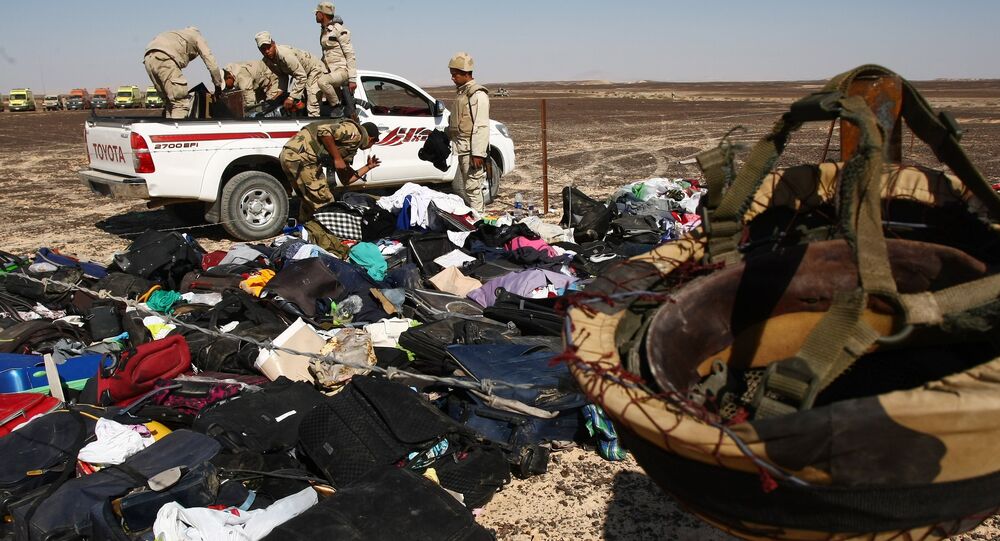 Structural damage caused by a fatigue crack is a possible reason for the Airbus A321 crash over Egypt’s Sinai Peninsula, aviation experts told Sputnik on Tuesday, adding that flight and cockpit voice recorders will provide more precise data.

MOSCOW (Sputnik) – On October 31, an Airbus A321 operated by the Russian airline Kogalymavia crashed in the Sinai Peninsula en route to St. Petersburg from the Egyptian resort city of Sharm El-Sheikh. The tragedy has become the largest civilian aircraft disaster in Russian and Soviet history.

"I saw the APU (Auxiliary Power Unit) is somewhere in the desert, separated from the main wreckage, and you can see a clear cut, as if this part was separated from the aircraft like by a saw.. So it’s definitely not a sign of an explosion. It could be a fatigue crack," Karel Mundel, an Airbus aircraft pilot, stated after watching a video of an aerial view of the wreckage of the plane.

© Sputnik / Maxim Grigoryev
Analysis Shows Mid-Air Explosion Possible Cause of A321 Crash in Egypt
Another aviation accident expert claimed the jet broke into pieces in midair, but warned that it was too early to conclude the cause of the disaster.

"Once decoded, the Flight Data Recorder and Cockpit Voice Recorder will provide useful information to help guide the investigation. Also, the large area over which the wreckage is spread may suggest that the aircraft suffered a mid-air breakup. If so, they will of course look to understand the cause of that breakup," Matthew Greaves of Cranfield University stressed.

Tony Cable, an investigator who worked for the UK Air Accidents Investigation Branch for 32 years, agreed that the aircraft came apart in midair.

"The discussions appear to indicate that wreckage is spread over a large area. This tends to indicate a breakup of the aircraft in flight. The higher the altitude and higher the forward speed, then generally the larger is the area over which the debris spreads," Flight Safety Specialist at British Airline Pilots Association Martin Alder asserted.

Aviation authorities involved in the crash probe must establish the circumstances of the accident on the basis of available evidence from recorders, debris and maintenance data, former director of France’s civil aviation accident investigation office stated.

The tragedy killed all 224 people on board, and is the largest civil aviation disaster in Russian and Soviet history.