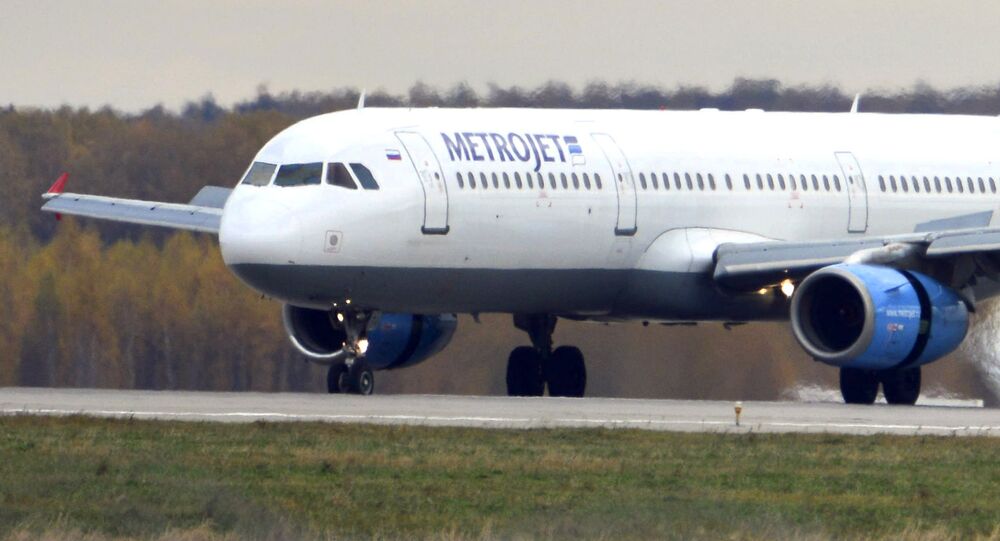 During a Monday briefing, Russian Minister of Transport Maxim Sokolov announced that he is taking charge of the government investigative commission on the Kogalymavia airliner’s crash in Egypt.

According to Sokolov, the investigation will be carried out in close cooperation with Egyptian civil aviation authorities.

"Rosaviatsiya (Federal Air Transport agency), Rostransnadzor (Federal Transportation Inspection Service), Interstate Aviation Committee and all competent authorities will carry out an official unscheduled inspection of Kogalymavia airline company," the Minister said. "The future of the company will depend on the results of the inspection."

He noted that Kogalymavia has an Air Operator Certificate that was obtained in accordance with all the necessary regulations.

"We have the full version of technological documentation," he stated. "The airliner had the required airworthiness certificate and was admitted for carrying out international flights."

© Sputnik / Eduard Pesov
Kerry Offers Lavrov Assistance in Connection With Russian Plane Crash in Egypt
Sokolov also claimed that Russian authorities had not been informed that the airspace was closed in this flight region, and the plane was following established air passages.

Sokolov emphasized that the cause of the catastrophe can be debated only after an international investigation is conducted in accordance with Chicago Convention regulations.

"The Russian party will closely participate in the work of the international commission," Sokolov concluded.