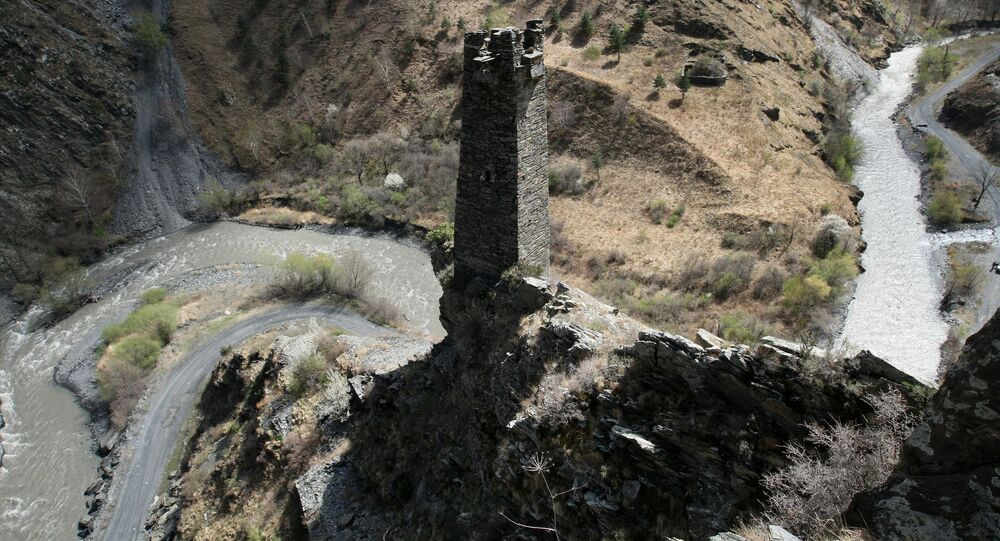 Tourists Flock to Medieval Chechen City of the Dead

Tour agencies in Chechnya have reported that the most popular destination for the tens of thousands of tourists who visited the republic this year was the medieval necropolis 'Tsoi-Pede.'

© Sputnik / Alexey Filippov
Ancient Russian City of Derbent Celebrates 2,000th Birthday
15
Tens of thousands of tourists have visited the Chechen Republic since the start of 2015; the medieval necropolis 'Tsoi-Pede,' also known as the 'city of the dead,' is one of their most popular destinations.

"Since the beginning of this year, around 20,000 tourists have visited the republic, mostly from Russia and the Commonwealth of Independent States," Elina Bataeva, the director of 'Tour-Ex', a tourist information center in Chechnya, told RIA Novosti.

Bataeva explained that in 2014, the number of tourists visiting Chechnya increased by 70 percent in comparison with the number of visitors in 2013, and she expects the flow of tourists from further field to continue the upward trend.

"The flow of tourists from neighboring countries and further afar is increasing; people have come from Austria, Germany, the USA, Italy, Egypt, Greece, India, Israel, South Korea, China, and France, among other countries."

© Sputnik / Said Tsarnaev
A border outpost near on the border with Georgia, the village of Tsoi-Pede, Itum-Kalinsky District, Chechnya
The journey from the spa resorts of the  Caucasian Mineral Waters to the capital Grozny, has been designated the 'tour of the season' thanks to its popularity with vacationers, said Bataeva, while the most popular of the tourist routes among those that are recommended is a visit to the medieval necropolis 'Tsoi-Pede,' located close to the border with Georgia.

"For tourists visiting Chechnya, 16 routes have been devised, some of which can be followed on foot or even on horseback, in regions of great natural or cultural and historical significance. The most popular routes are excursions in Grozny, tours to Lake Kezenoy-am in the Caucasian mountains, and the Argan gorge."

© Sputnik / Said Tsarnaev
The Tsoi-Pede Necropolis in the Argunsky nature reserve, Itum-Kalinsky District, Chechen Republic, near the Georgian border
"One of the most popular routes is to one of the biggest medieval necropolises in the Caucasus, 'Tsoi-Pede,' or 'City of the Dead,' located in the mountainous Itum-Kale district."

The 'Tsoi-Pede' necropolis, meaning 'Abode of Divinity,' is one of 218 cultural heritage sites in Chechnya, and is located in the historical district of Malkhista, which means 'Land of the Sun.'

© Sputnik / Alexei Danichev
Russia's Very First Capital You Probably Never Heard About
10
According to legend, the necropolis was established in the Middle Ages as a result of a devastating epidemic, and the sick went to Tsoi-Pede to die.

The entrance to the necropolis is formed by two pagan pillar-like sanctuaries which guard the collection of 42 medieval crypts and above-ground tombs, some of which date back to the 15th century.