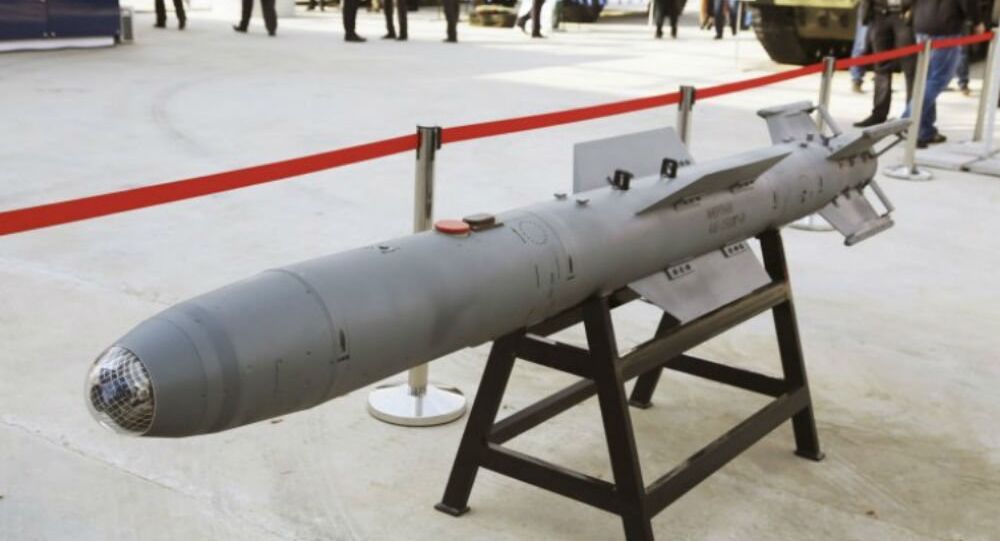 YouTube/RT
Russian Su-30, Su-25 Drop Killer FAB-250 Bombs Over Syria
The KAB-250 is a follow-on to the larger KAB-500 PGM, which made its combat debut in September in Syria. There are two versions of the 250-kilogram KAB: a laser-guided version and a satellite-guided version.

Based on the “drop-and-forget” principle, the KAB-250 guided aerial bomb incorporates the latest advances in science and technology, including the experience of its KAB-500 predecessor.

The inertial guidance system directs the bomb towards the target area. Two to three kilometers from the target the bomb’s onboard computer commands the thermal homing head to acquire the designated target.

The KAB-250’s thermal homing head then compares the acquired image with the reference picture laid down in its memory before discharge, and corrects the trajectory so that the radius of the deviation does not exceed three meters.

The KAB-250 has a fragmentation warhead designed to destroy lightly vulnerable materiel, thin-skinned vehicles, and other enemy installations. The bomb can be dropped individually or in salvoes.

It has a complex, compact tail design and is fitted with four long-chord, short-span wings to increase its glide range. It falls from an aircraft at a rate of 655-1,150 feet per second.

The KAB-250 can be used in all weather conditions and time of day, with different trajectories and speeds of several Mach number. The aerodynamic wings and close to neutral alignment munition provide high maneuverability and greater range.