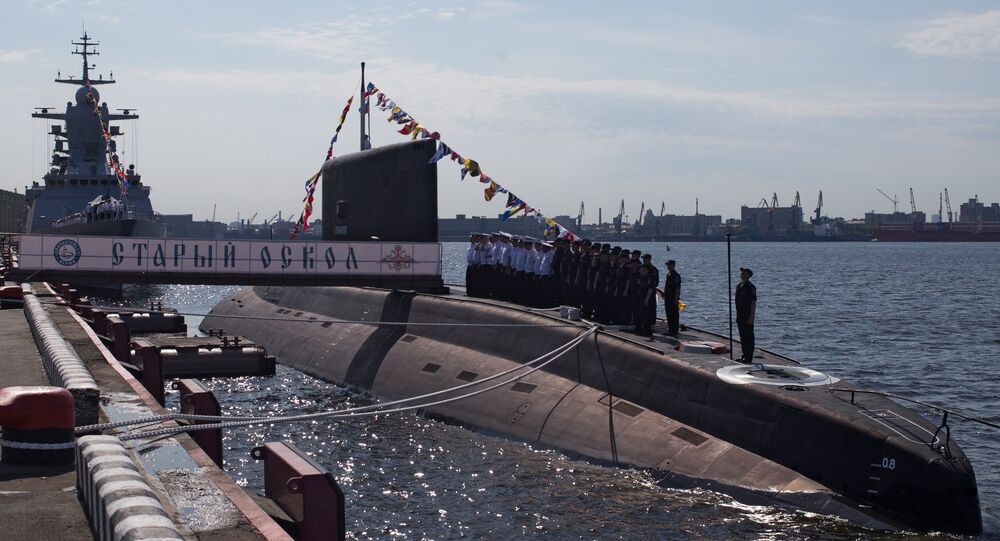 "The crew of Stary Oskol submarine will undergo a training cycle at the training base of the Kola Flotilla over the next several months," the Northern Fleet press service said.

The press service added that the crew of the vessel, commissioned in June of this year, will complete coursework and perform a series of weapons and equipment tests.

© AP Photo / ASSOCIATED PRESS
Michelle Obama Places Omen on New Atomic Submarine
The 636.3 submarines are primarily intended for anti-ship and anti-submarine missions in relatively shallow waters. They are crewed by 52 submariners, have an underwater speed of 20 knots and a cruising range of 400 miles with an ability to patrol for 45 days.

Construction of the remaining three Varshavyanka-class submarines is expected to be completed next year.