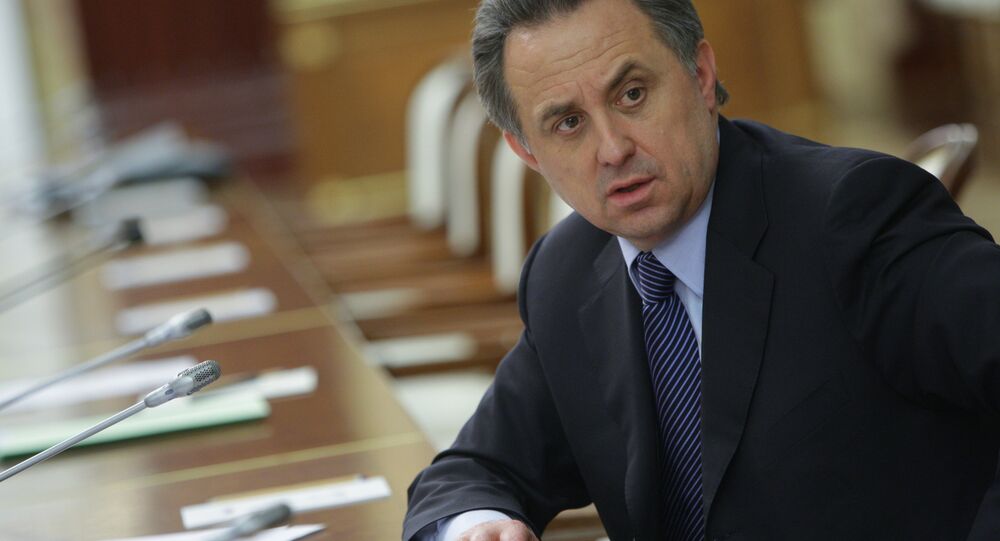 The Fans Only Chanted for Serbia Twice, It Must Have Been a Great Game

The pleasure of watching Russia qualify for the European Championship was not dampened by the possible fine UEFA may give Russia for chants its fans made about Kosovo, said Russian Football Federation head Vitaly Mutko.

© Photo : Mikhail Razuvayev/fc-zenit.ru
Footballer Hulk Serenades St. Petersburg for Charity
Russia's victory in Monday's European Championships qualifying game against Montenegro was notable for the political slogans of the team's supporters as well as the impressive football which sent Russia through to the finals of the tournament.

Following the game, which Russia won 2:0 to take second place in group G and assure a place in next year's tournament, Russian Football Federation [RFF] head Vitaly Mutko remarked on the support the team received from the fans. In addition to championing their team, Russia's fans also given to making their thoughts known on such political matters as the political status of Kosovo.

"Today they were supporting Russia so much, they only shouted twice that Kosovo is Serbia," said Mutko.

Russia's 2:0 win assured the team a place at the European Championship finals in France next year, after finishing second in the group following the final round of qualifying matches.

St Petersburg's Vestnik congratulates all Russians on qualification for Euro 2016!

Montenegro, who came fourth, will not be at the tournament, while third-placed Sweden may be able to claim a place at the finals via the play-offs. Austria sealed their victory in Group G on Monday with a 3:0 win over Liechtenstein, ending the group phase unbeaten.