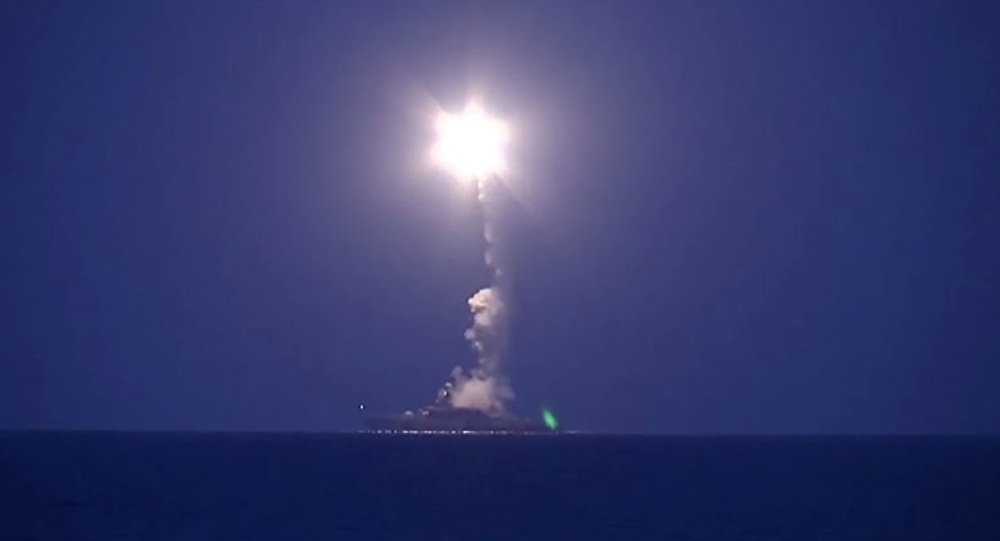 The high-tech cruise missiles fired on IS targets from the Caspian Sea were largely unknown to the West. Now that their efficiency has been demonstrated, military experts around the world are shocked.

The Russian campaign Syria has drawn condemnation from the US and its allies ever since the first bombs were dropped. The launch of 26 cruise missiles from the Caspian Sea on Wednesday was no different.

But while publicly deriding Moscow’s efforts to combat the self-proclaimed Islamic State terrorist group, military officials – behind closed doors – are thoroughly impressed by the technology on display.

The Pentagon is identifying the missiles as SS-N-30s, and while US intelligence officials had been aware of an earlier model known as the SS-N-27, the sheer range demonstrated in Wednesday’s raid caught officials off-guard.

"It should be a wakeup call that we don’t have a monopoly on the capability," Eric Wertheim, a US naval analyst, told the Daily Beast.

He added that Russia has now joined what the Daily Beast described as "an exclusive club of global military powers. And that should worry the Pentagon."

Ministry of Defense of the Russian Federation
Game-Changer: Russia's Involvement in Syria Shifts Balance of Power

While Western intelligence was aware of the SS-N-27, that model was an anti-ship missile, and presumed to have a relatively limited range of less than 150 miles. The SS-N-30s, however, traveled roughly 1,000 miles, across two countries, before striking targets in Syria.

"The strikes engaged plants producing ammunition and explosives, command centers, storages of munitions, armament and [oil], as well as a training camp of terrorists on the territory of Raqqa, Idlib, and Aleppo," the Russian Defense Ministry said in a statement.

Western analysts were also surprised by the fact that such long-range missiles were successfully fired from relatively small naval ships. The SS-N-30 is comparable to the Tomahawk missile, and in the US Navy, those are fired from vessel with a length of at least 500 feet.

Russia’s cruise missiles were fired from ships as small as 200 feet.

Russian strikes have already caused extensive damage to IS infrastructure, with roughly 140 being carried out since the campaign began. These sorties have already proven more successful than the year-long campaign conducted by the US-led coalition.

On Friday, the Obama administration announced it was shutting down the Pentagon’s infamously troubled plan to train and arm so-called “moderate” Syrian rebels. This followed reports from newspaper DWN, claiming that Obama’s top-level advisors were advising a complete US military withdrawal from Syria.

On the other hand, Russian airstrikes will continue until IS is eliminated.