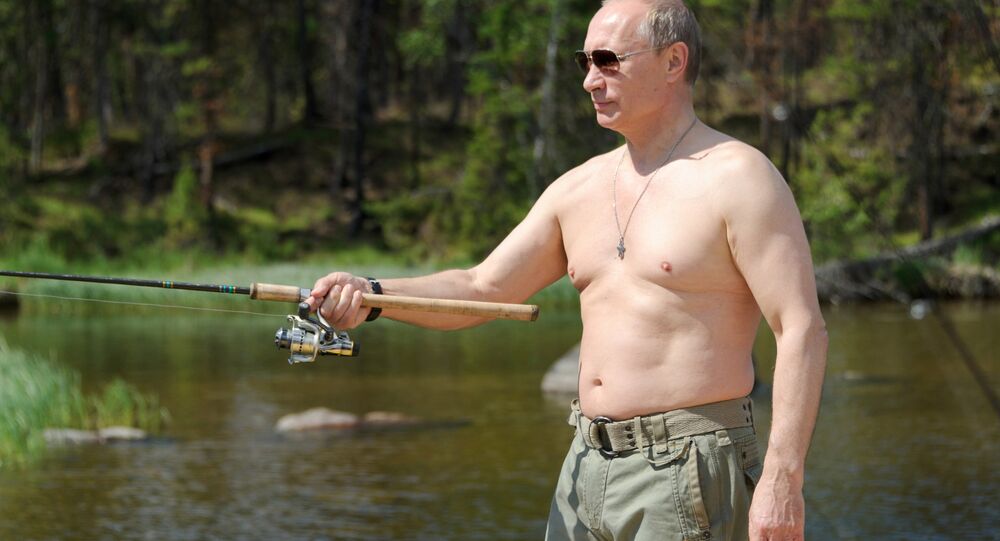 Russian Presiden Vladimir Putin celebrates his 63rd birthday today; he celebrated his previous b-day in the tranquil taiga, while this one is marked in noisy Sochi. As the president hits the ice playing hockey, we take a look at the most unusual presents the Russian leader has received for the occasion.

Interestingly, animals are among the most common gifts received by the Russian president.

Female black Labrador Retriever, Koni (1999–2014), also known as Connie, was given as a gift in 2000 by then-Minister of Emergency Situations Sergei Shoygu.

She was often seen at the president’s s side, including at staff meetings, and as he greeted world leaders during their visits to Russia.

Among other cute presents were a two-month-old female Siberian tiger cub.

He received "Karakachanka," a Bulgarian sheepdog puppy, as a gift from his Bulgarian counterpart Boiko Borisov.

In 2002 Putin received two goitered gazelles as a gift from the President of Kazakhstan, Nursultan Nazarbayev.

Another four-legged gift Vladimir Putin received during his visit to the city of Kazan in the republic of Tatarstan was a mini-pony named Chip.

The tiny horse was only 57 cm tall. Putin took the pony to Sochi, where the animal was given another name – Vadik.

Toy poodles Tosya and Rodeo, as well as Skazka the goat, arrived at Putin’s residence in Sochi in 2003. Putin received the snow-white goat from then-Moscow mayor Yury Luzhkov. Afterwards, the goat was transferred to the presidential residence in Novo-Ogaryovo in the Moscow region.

Three Arab race horses, which Putin received from the King of Jordan, and three horses from the former head of Pakistan, Pervez Musharraf, were given away to the Moscow race course.

In 2002, the president was an exact replica of the Cap of Monomakh, an ancient ceremonial crown used in the coronation of many of Russia's tsars.

© AP Photo / RIA-Novosti, Mikhail Klimentyev
In this photo taken on Friday, Aug. 29, 2014, Russian President Vladimir Putin holds a terrestrial globe presented him as a gift during his meeting with participants in the youth educational forum at the Seliger youth camp near Lake Seliger, some 450 kilometres (281 miles) northwest of Moscow, in Tver region, Russia

A group of 60 jewelers in the Ural mountains had spent six months preparing the golden crown, which is encrusted with jewels and lined with traditional sable.