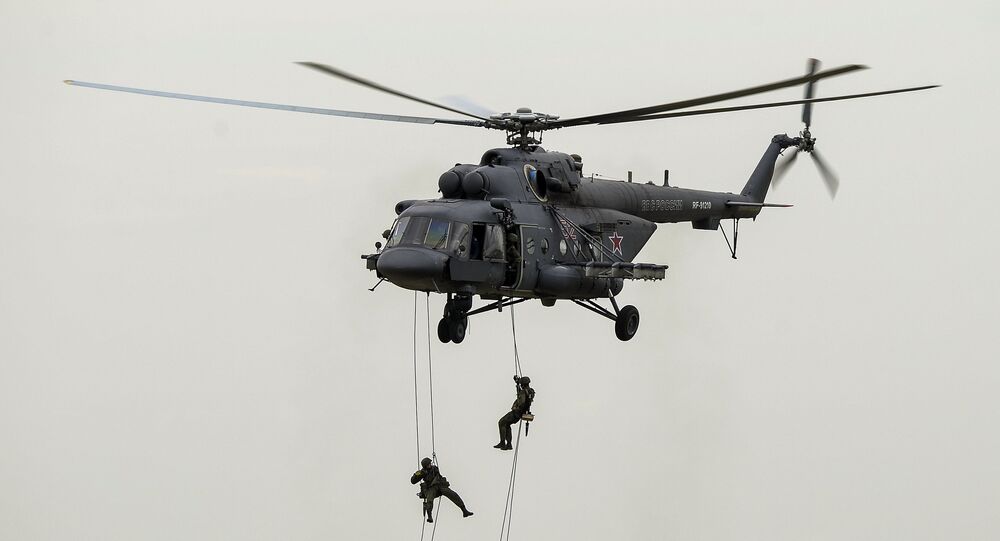 Russia’s armed forces are due to receive their first batch of advanced Arctic helicopters by the end of this year, a deputy CEO of the aircraft manufacturer Russian Helicopters said Monday.

© Sputnik / Valeriy Melnikov
'Difficult for US to Match Russia's Influence in the Arctic'
KUBINKA (Moscow Region) (Sputnik) — Russian Helicopters is part of the Rostec state technologies corporation. It has been developing a helicopter to assist the Russian Defense Ministry during its Arctic operations. The new chopper, Mi-8AMTSh-VA, is a specialized aircraft based on the latest modification of the Mi-8AMTSh-V military transport helicopter.

"We plan to finish state test runs by the end of 2015 and deliver the first batch of helicopters to the Defense Ministry before the end of the year," Andrei Shipitov told RIA Novosti.

The new Arctic helicopter can fly up to 1,000 miles non-stop. It has been fitted with new turbo-shaft engines, a more powerful auxiliary power unit and an upgraded avionics suite.

According to Shipitov, the new helicopter’s main capabilities are "high-altitude navigation, day and night flight during adverse meteorological conditions."

Two years ago, Russia unveiled a strategy to boost its presence in the Arctic, which is believed to hold huge oil and natural gas reserves. Russia has been laying claim to deposits within its offshore border areas, as have the United States, Canada, Norway and Denmark.