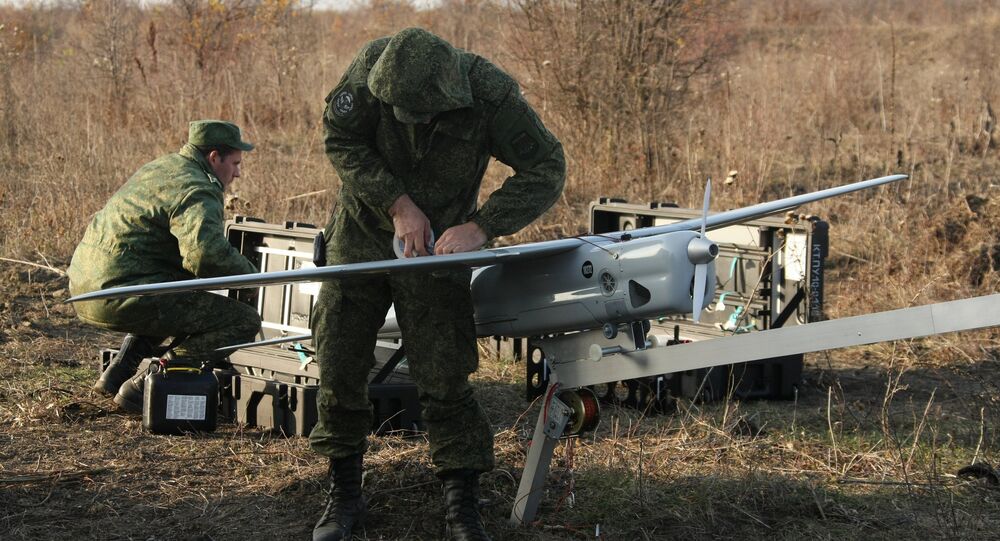 The new system allows for an exchange of information between command posts and individual UAVs in real time without a ground-based intermediary, allowing for a quicker response time, according to Sokov. The new system is being implemented on the Korsar reconnaissance UAV currently undergoing flight tests.

"OPK has completed work on on-board radio-electronic equipment created in the spirit of the context of 'network-centric warfare.' This innovative system is a base for building unmanned aerial vehicles, which could be integrated int modern automated battle control systems," Sokov told RIA Novosti at the Ministry of Defense Innovation Day expo.

© Sputnik / Pavel Lisitsyn
Russia Creates 'All-Seeing Eye' for Drones to Uniquely Identify Any Target
Sokov added that the system includes an unplatformed inertial navigation system, an onboard recording system and a software-defined radio system. The onboard radio-electronic equipment developed by OPK is universal and can be installed on any type of UAV.

Network-centric warfare is a military doctrine oriented toward elevating military capability through information and communications dominance and unifying battle participants into a single network. The doctrine is considered to be part of what is called hybrid warfare.

Russian Weapons That Would Scare ISIL Militants to Death