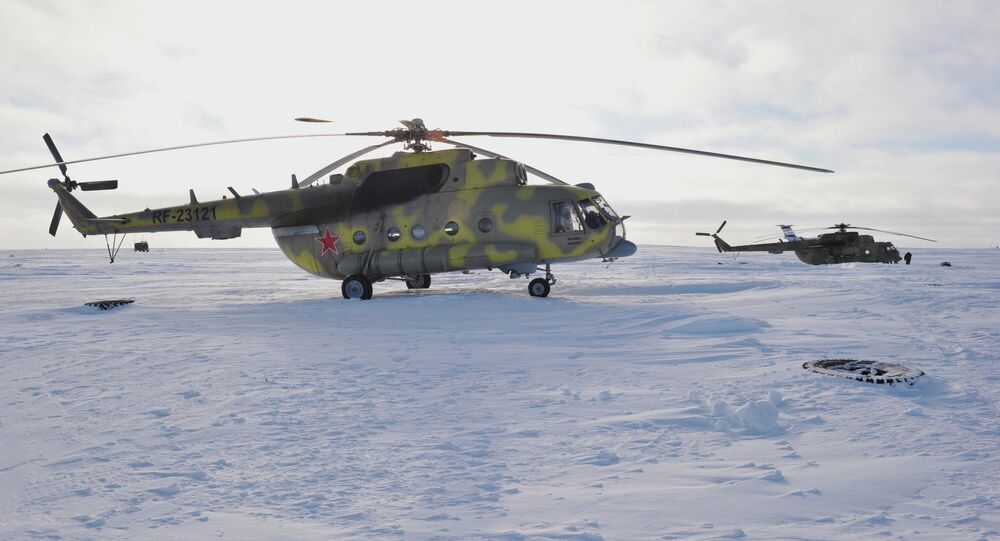 Russia is building new military facilities on Arctic Ocean islands where it plans to deploy air defense units in a bid to strengthen its foothold in the Arctic and gain access to the region’s vast energy resources, a German newspaper wrote on Friday.

All necessary infrastructure for stationing air defense troops is currently being built on Sredny Island in the Kara Sea, Die Welt wrote.

“Around 1,500 workers have been hired to build such military facilities on six islands in the Arctic,” the newspaper added.

© Sputnik / Alexander Liskin
Putin Calls for Balance Between Arctic Resources' Extraction and Ecosystem
As a major player in the global energy market, Russia is trying to gain access to sections on the Arctic Ocean shelf with a forecast hydrocarbon resource totaling 4.9 billion tons of oil equivalent.

The Arctic is believed to hold up to 25 percent of the planet's untapped oil and gas supplies, and Russia, the US, Canada, Denmark and Norway have all been trying to assert jurisdiction over parts of the territory.

The competition has intensified in recent years as shrinking polar ice is opening new opportunities for exploration.