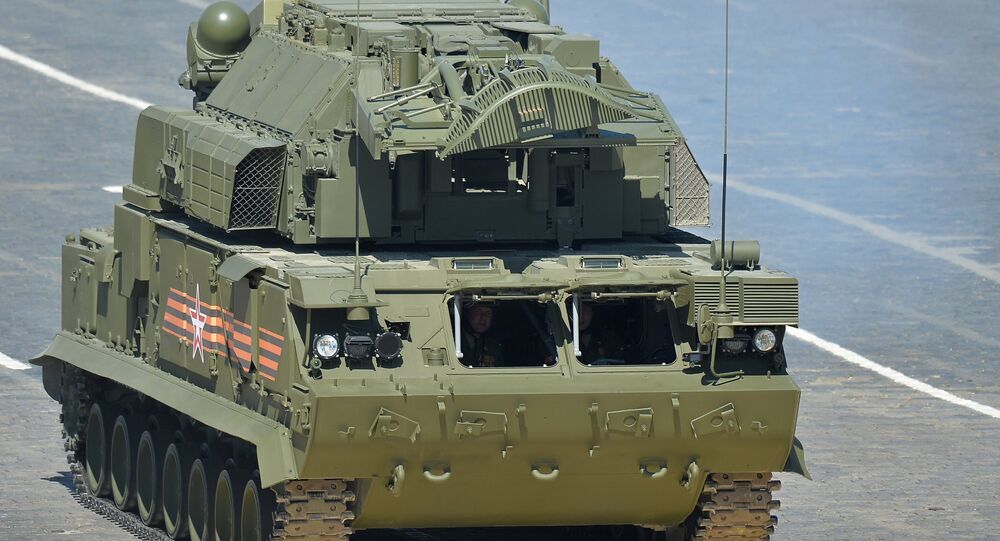 Firing Missiles on the Go: Russia’s Famous Air Defender Does It Again!

Russia has successfully conducted live fire tests of its advanced Tor-M2U surface-to-air missile system. What made the test so special is that the missiles were fired on the move!

Tor was also the first air defense system in the world designed from the start to shoot down precision guided weapons  day and night, in bad weather and jamming situations.

What the system could not do was to fire on the move.

The trials were conducted at Kapustin Yar range in Russia’s southern Astrakhan region. Moving at 25 km/h over rought terrain the Tor-M2U managed to spot and destroy the target maneuvering eight kilometers away.

According to Almaz-Antei deputy chief designer Pavel Sozinov, the successful test  was putting the Tor–M2U on a qualitatively new technological level making it possible to engage aerial targets from a moving position.

A single Tor-M2U carries eight vertically launched missiles which ensure guaranteed destruction of aerial targets moving at speeds of up to 700 meters per second 500 meters to 12,000 meters away at altitudes of between 10 meters and 6,000 meters.

The Tor systems enjoy great demand worldwide and are currently in use in Greece, Venezuela, China, Iran and Egypt.