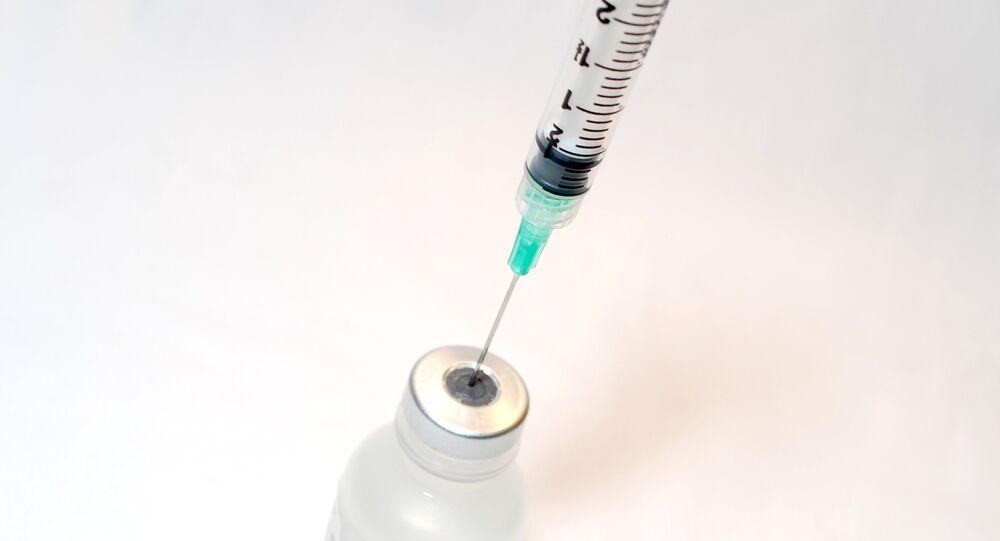 Russian Healthcare Minister Veronika Skvortsova announced that final test results of Russia’s vaccine against the deadly Ebolavirus may be ready in four months.

"We hope that we will have preliminary data by mid-November and final figures in December," Skvortsova told RIA Novosti.

The test results would facilitate the transition "from research on human volunteers to field research," said the healthcare minister, who is in New York for the 70th UN General Assembly.

© AP Photo / Cliff Owen
US Government Allocates $38Mln for Developing Ebola Cure
Skvortsova inferred that field research may be conducted in Guinea, where the hemorrhagic disease that killed over 11,300 people across West Africa and the world has originated, as part of a bilateral agreement.

She commended the ministry’s Gamaleya epidemiology and microbiology institute for producing safe and effective results in pre-clinical studies on animals before advancing toward human trials.

“So far the results are very encouraging, exceeding the performance of existing foreign analogues,” Skvortsova said, allaying safety fears. “The research is absolutely safe because it doesn’t use a live virus that causes the pathology, but a specifically created vaccine.”

The Ebola outbreak began in December 2013, spreading from Guinea to Liberia and Sierra Leone and killing a combined 11,296 in the three countries as of this week. Liberia has officially declared an end to the epidemic on its soil earlier this month.

Russia has pledged $11.7 million over three years on joint research with Guinea to combat infectious diseases and train medical personnel.

Ebola May Stop Spreading by End of 2015