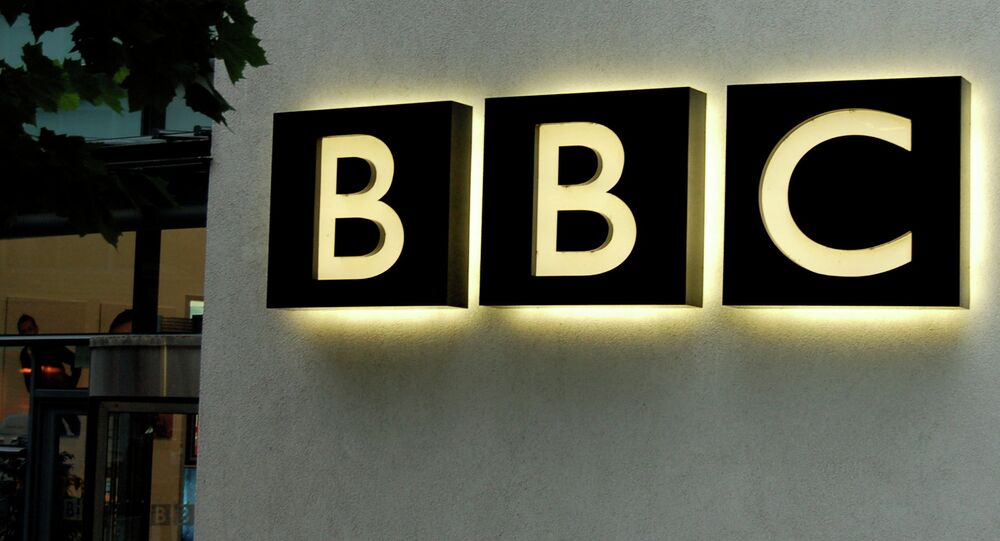 After the BBC referred to the Soviet War Memorial in Berlin’s Treptower Park as “The Tomb of the Unknown Rapist,” State Duma Deputy Alexander Sidyakin sent an official request to Russia’s General Prosecutor Office, asking the judicial body to launch a criminal investigation against the British broadcaster.

The Soviet War Memorial in Berlin glorifies an unknown Soviet soldier, who at the expense of his own life saved Europe from Nazism. But the BBC disagreed, instead saying that it was the memorial of an unknown soldier who raped Berlin.

The story was published a week before the 70th anniversary of the Victory over Nazi Germany on May 9 and caused strong public resentment, with many claiming it attempts to discredit the key role of the Red Army in winning World War II and justify the crimes of Nazi Germany.

An official request, sent to Russia's General Prosecutor Office, asks the judicial body to start a criminal investigation against the BBC Russian Service.

"I ask you to take measures of prosecutorial response in relation to the BBC Russian for availability of evidence of a crime, including extremism, in the published information," Sidyakin said in the statement.

© Sputnik / Iliya Pitalev
Erasing Own History: Soviet-Era Monuments Torn Down in Ukraine (VIDEO)
The investigation is based on article 354.1 of Russia's criminal code "Rehabilitation of Nazism," which prohibits the public denial of the facts established by the verdict of the Nuremberg Tribunal, justification of Nazi war crimes and the spread of false information about Soviet activities during World War II.

The Russian public was shocked by the offensive nature of the article. The hashtag #shamebbc went viral among Russian-speaking Twitter users with people posting their resentment towards the story.

The BBC Russian Service was quick to remove their tweet announcing the story and apologized. The story itself, published in Russian, remains on the website.

@bbcrussian, seriously? 'Unknown rapist'? Save yourself an apology, clean up your act before you publish, not after pic.twitter.com/0ggh03CX41

The story is not only hypocritical, but also very offensive to everyone who died during World War II. The BBC story turned all Soviet soldiers, who died fighting against Nazism, into criminals; but soldiers were nothing, but heroes, who at the expense of their own lives fought hard for a bright future in which British journalists would have an opportunity to express their thoughts freely.