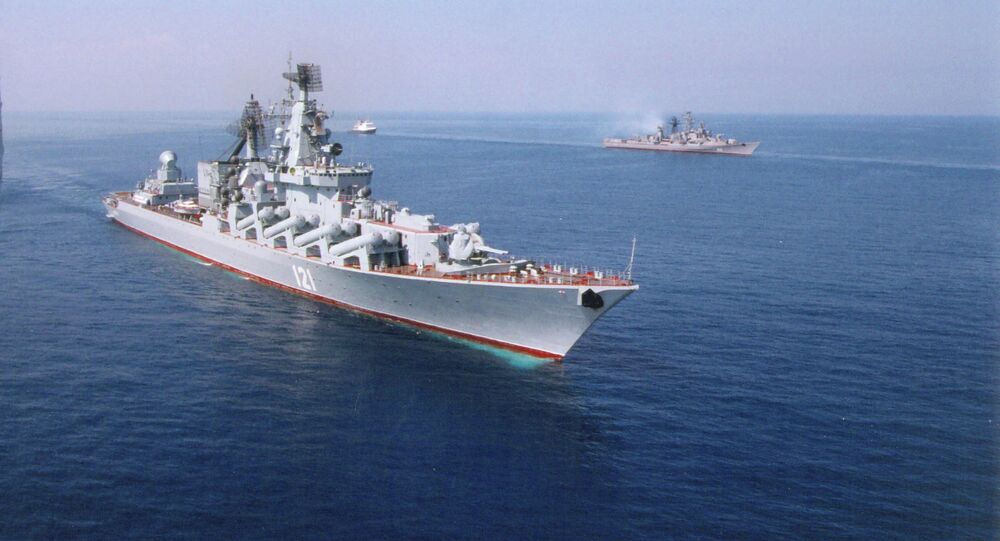 A fleet of Russian warships is bound for the Eastern Mediterranean for drills off the coast of Syria, the Defense Ministry said in a statement Friday.

© AFP 2021 / LOUAI BESHARA
Iran to Hold Joint Navy Drills With Russia - Iranian Naval Commander
The flotilla, led by the Black Sea Fleet flagship — the guided missile cruiser Moskva — sailed from Sevastopol, Crimea on Thursday and is due to reach the exercise area late on Sunday.

Also taking part in the drill will be the guided missile frigate Smetlivy and the Tapir-class landing ship Saratov as well as a variety of auxiliary ships.

They will join another frigate and a missile gunboat that had earlier transited out of the Black Sea into the Mediterranean.

Civilian aircraft have already been warned to stay away from an area between Cyrpus and the Tartus Russian naval base in Syria.

During the exercise, to run into October, the sailors are to perform over forty different combat missions, including missile and artillery firings at surface and aerial targets, anti-ship and air defense as well as search-and-rescue activities and rendering assistance to a distressed vessel.