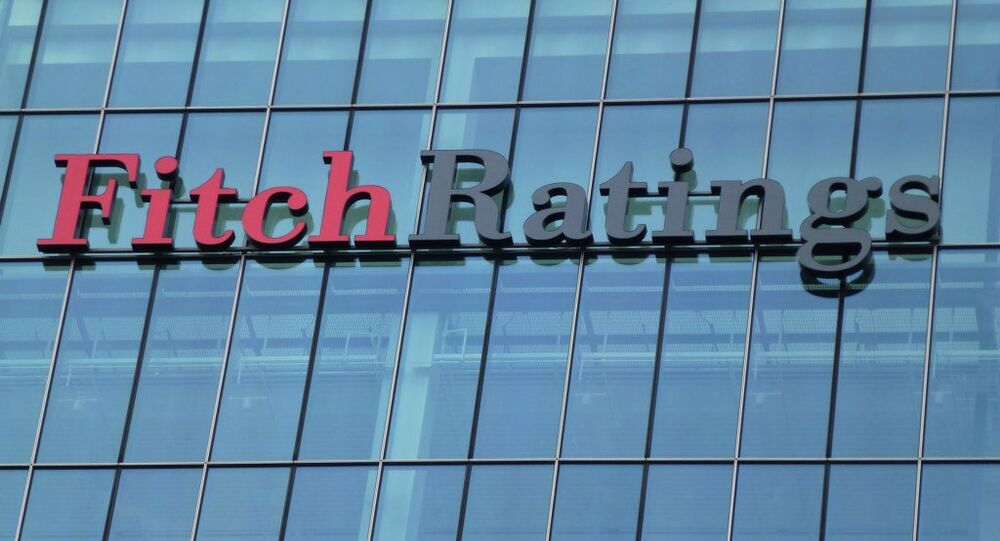 Fitch Ratings senior analyst Charles Seville told the German press that he doesn't see justification for the 'junk' rating Russia was issued by two other ratings agencies, and that the worst of the country's economic troubles have passed.

© Sputnik
Russian National Financial Rating Agency Must Be Independent - Putin
Russia's economy has emerged from the worst of its financial troubles, and doesn't deserve to be given a junk rating, said a senior analyst with Fitch Ratings agency, Charles Seville, on Monday.

"We assess the capability of a country to fulfil its debt obligations. Russia has a low level of debt, a strong external trade balance, state financial assets, and international reserves in the Central Bank and Finance Ministry's reserve fund," said Seville in an interview with Deutsche Welle.

Seville explained why Fitch decided to lower Russia's sovereign investment rating from BBB to BBB- in January 2015, the agency's lowest investment-grade rating. Other countries with the same rating include Turkey, Romania, India, Uruguay and Morocco.

"At the beginning of the year, we lowered Russia's rating, with a negative outlook. That reflected the considerable risks there were, and which remain. They are connected with sanctions, the price of oil, and financial instability."

© Sputnik / Maksim Blinov
Russian Rating Agency to Enter Foreign Markets Gradually
"In addition, there is a danger for international reserves: the private sector has to make large payments on its debt obligations under conditions of insufficient access to international financing. All these factors had an effect on the rating."

"However, we also see Russia's strengths. For example, the change to a floating exchange rate has helped it withstand the current crisis. I think the most negative predictions have failed to materialize."

"This is really a balance of positive and negative factors. But if we compare Russia with other countries, I think it doesn't look like country with a non-investment rating."

Regarding the economy's future, Seville said the worst decline has passed, but Russia's return to good economic health will depend on a number of factors.

"In the next year, the population's buying power will remain low, so consumption is unlikely to be a source of economic growth," said the analyst.

Rather than consumer spending, said the analyst, growth should come from the private sector, by exploiting the benefits of the ruble's devaluation to increase investment, and enable longer term growth.

Against All Ratings? Yatsenyuk Still Claims Ukraine Unlikely to Default