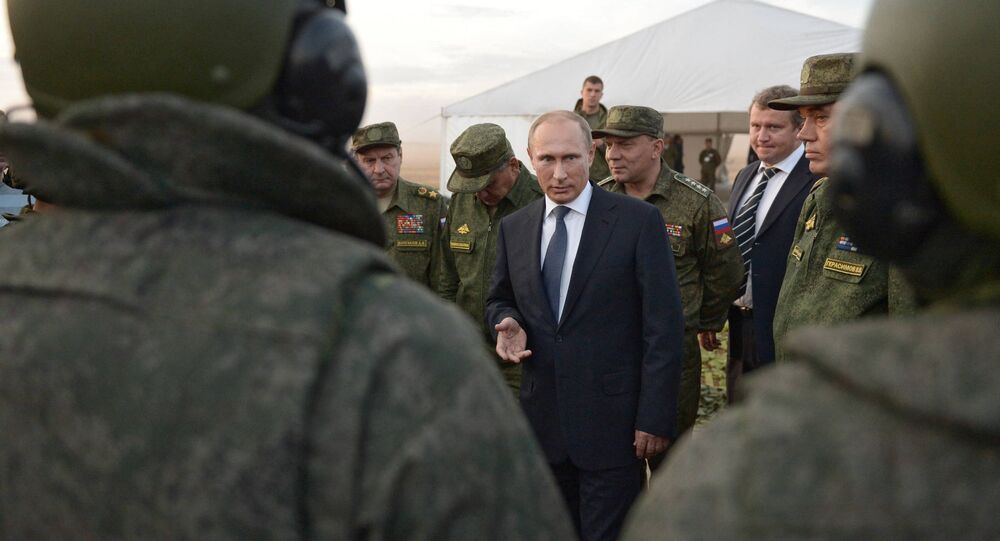 © Sputnik / Alexei Nikolsky
Putin Sees Improvements in 2015 State Defense Procurement
Putin, the commander-in-chief of the Russian Armed Forces, attended the final stage of the Center-2015 strategic military exercises held at the Donguzsky range in Russia’s Orenburg Region, according to a statement on the Kremlin’s website.

"The exercises have shown high tactical and technical characteristics of modern weapons systems, and once again confirmed the significant potential of our defense enterprises," Putin said at a session of the Military-Industrial Commission.

The Center-2015 command-staff exercises, held on September 14-20, involve around 95,000 troops and some 7,000 pieces of military equipment from member-countries of the Russia-led Collective Security Treaty Organization.