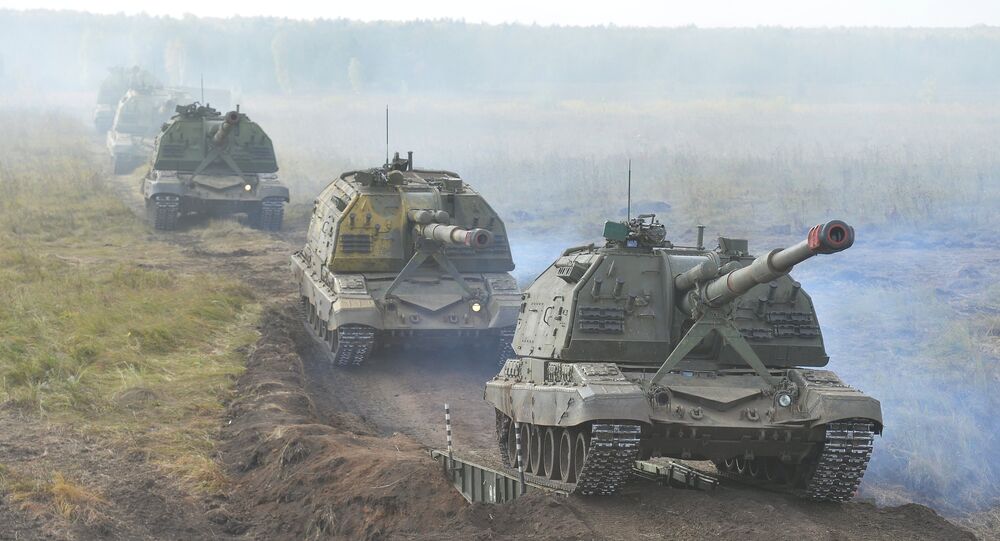 Military representatives from almost 40 countries arrived to observe military drills at the Donguzsky range in Russia’s Orenburg Region, according to a Foreign Ministry spokesman.

DONGUZSKY RANGE (Sputnik) — Military representatives from almost 40 countries, including NATO and the European Union, are watching the activities of Russian troops in the Center-2015 command-staff drills at the Donguzsky range in Russia’s Orenburg Region, a Foreign Ministry spokesman said Saturday.

© Sputnik / Pavel Lisitsyn
Mission Accomplished: Russian Helicopters Destroy 'Enemy' During Drills
Konashenkov stressed that the foreign military representatives were invited to the Russian army exercises not in the framework of international obligations but at the initiative of the Russian Ministry of Defense.

The strategic exercises, held on September 14-20, involve around 95,000 troops and some 7,000 pieces of military equipment from member-countries of the Russia-led Collective Security Treaty Organization (CSTO).

The exercises, headed by Chief of the General Staff of the Russian Armed Forces Valeriy Gerasimov, are scheduled to wrap up on Sunday.