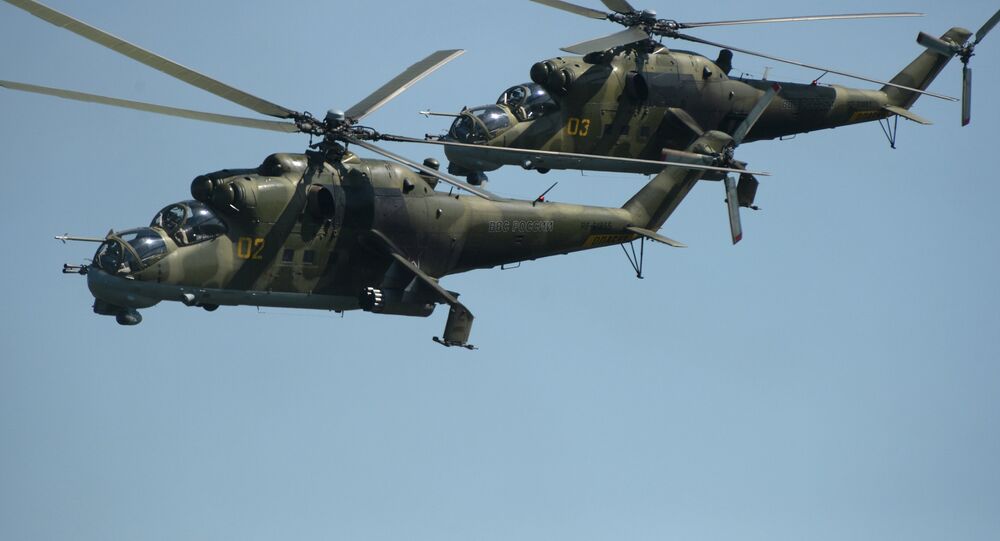 © Flickr / Christopher Michel
Russia Northern Fleet Warships Hit All Air Targets During Drills
The press service of the Russian Defense Ministry said that the crews of the Russian Mi-24 attack helicopters had carried out air cover for ground troops during the strategic command-and-staff exercises Center–2015.

"As part of the Center-2015 exercises, the crews of the Russian Aerospace Defense Force's Mi-24 attack helicopters have drilled air cover for ground troops," the press service said.

During the search for and destruction of "illegal armed groups", the crews interacted with special forces units, according to the press service. The crews also carried out a visual search of subversive groups and launched an air strike on a mock-up enemy.

© Sputnik / Nikolay Hiznyak
Russian Paratroopers Set to Hold Anti-Terror Drills in Egypt for First Time
The Center-2015 drills, which kicked off on Monday, involve 95,000 Russian troops and over 7,000 pieces of military equipment.

Up to 170 aircraft and 20 warships from the Central Military District, the Caspian Flotilla, airborne troops, the Russian Aerospace Defense Forces’ Long Range Aviation Command and other national security bodies participated in Center-2015.

The exercises aimed to contain the outbreak of a fictional armed conflict in Central Asia, the Russian Defense Ministry said.