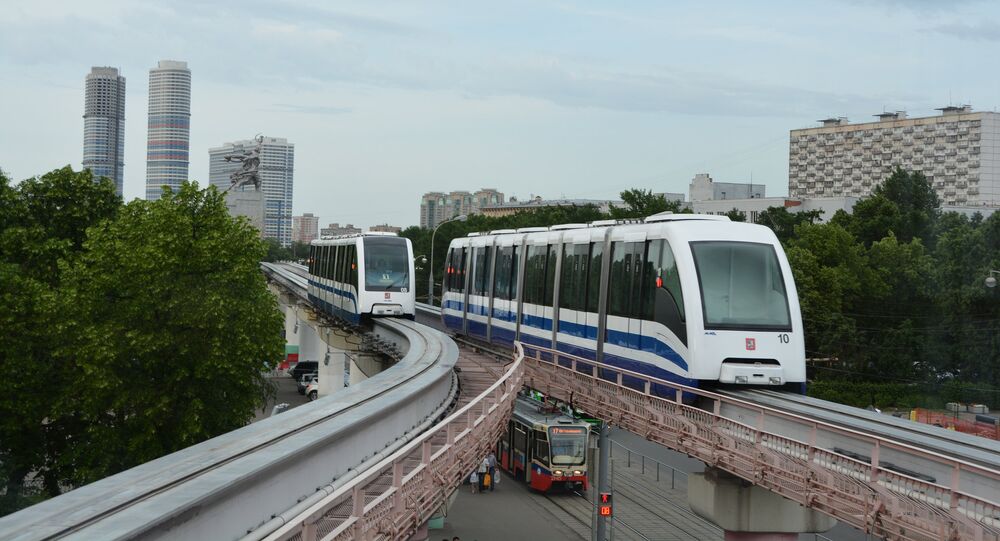 Why is Moscow Considering Closing its Monorail Network?

Moscow city officials are currently discussing the possibility of closing part or all of the city's troubled monorail system. Sputnik gets to the bottom of what's behind proposals to close the system.

© Sputnik / Ramil Sitdikov
Underground Palace: 80th Anniversary of the Moscow Metro
20
Earlier this week, city officials brought up the possibility of closing at least part of the network, developed in the early 2000s under Mayor Yuri Luzhkov. A final decision on what to do with the network has yet to be made, although several proposals, including shortening it to 3 kilometers from its present 5, and replacing it with other forms of transport, including tram-rail, have been made.

The 6 station network, conceptualized in the late 1990s, was brought to life in the early 2000s, costing the city about $240 million for construction. An estimated 19,000 passengers use the network on weekdays, a far cry from the millions who use the city's metro system, and even below the 50,000 passenger-day quota earlier set by the network.

© Sputnik / Maksim Blinov
Tomorrow People: Russian Engineer Implants Metro Chip Under His Skin
The monorail, run by Moscow Metro, is estimated to cost tax-payers 1 billion rubles (about $14.7 million) per year to run, with the ticket fair of 50 rubles not even close to covering the approximate 200 ruble cost of carrying one passenger.

Moscow Metro Head of Communications Ivan Ostashko told Russian media on Friday that the final decision on the monorail's fate, and the proposed alternatives, will be taken in 2016. The official emphasized that "the realization of any of the proposed plans must lead to an improvement of public transport in the region by raising the efficiency of the system, including the raising the speed of transport, reducing intervals of motion, raising access to stops" and naturally, "reducing transportation costs."

© Sputnik / Evgeniya Novozhenova
Finding a Sequence of Great Experiences in the City That 'Doesn’t Smile'
This is not the first time that the city's monorail network has been placed under pressure. In 2012, authorities had announced that they would discuss the possibility of closing the system.

The monorail has faced a bevy of criticism in the media and among the expert community since shortly after its introduction over its design, including its low capacity and speeds, with the traditional tram rail system said to have roughly the same capabilities in both measures. During the Soviet era, when most of the city's current transport infrastructure was created, planners had deliberately banned the development of monorails, arguing that an efficient network of underground metro, combined with busses, trolleybuses and trams could facilitate the city's needs.

Moscow University of Railway Engineering Leonid Baranov, who participated in the commission on the development of the monorail, told Komsomolskaya Pravda that "the commission had concluded back then that the monorail is not cost effective, that it does not pay itself off. This form of transport simply consumes money. The consumption of energy is much greater than conventional subway trains." In the professor's words, "the decision of the experts was not taken into account."

At the same time however, Baranov noted that eliminating the system completely would mean "simply throwing away the money which has already been spent. The monorail should be saved as a mistake, but one which is still useful."

One of the benefits of the monorail cited by its proponents is its connection of two metro lines in the city's north, although the ongoing construction of a second route orbiting Moscow, promising to connect the two lines by 2020, may deem the system obsolete in any case in the not too distant future.

The Legendary Circle Line, Crown Jewel of the Moscow Metro