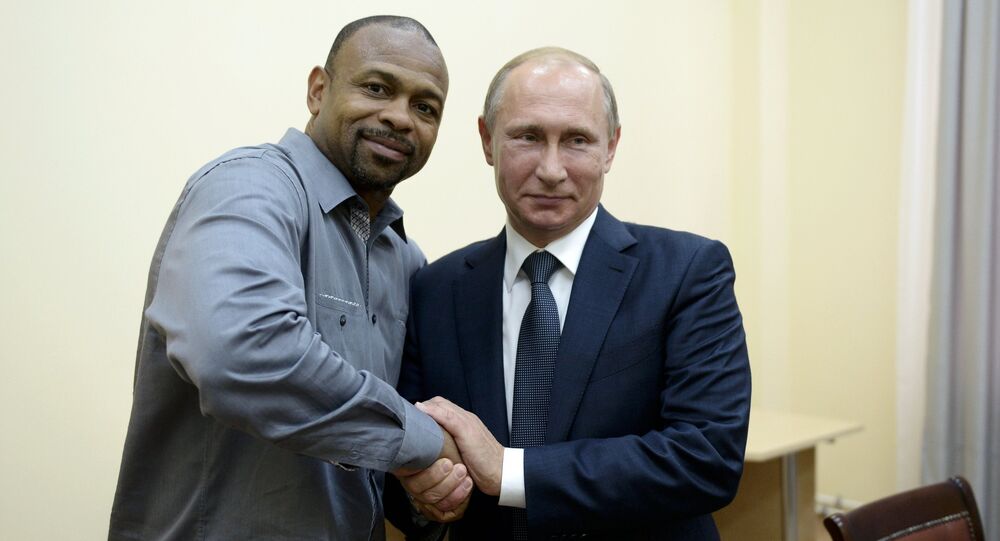 The application of Roy Levesta Jones Jr. for the Russian Federation citizenship was approved, according to presidential decree.

The legendary boxer announced on August 20 that he had applied for Russian citizenship, adding that he felt very comfortable in Russia.

“The application of Roy Levesta Jones Jr., born January 16, 1969 in the United States for the Russian Federation citizenship to be approved,” the decree stated.

© Sputnik / Artem Kreminsky
The Presence of Greatness: Roy Jones Jr. May Anchor Russian TV (VIDEO)
In response to the news, Jones stated in an interview with R-Sport that he intends to learn the Russian language in a year from when he acquires the citizenship.

According to Jones, his decision to become a Russian citizen is not linked to politics, but is aimed at boosting cultural relations between the two countries.