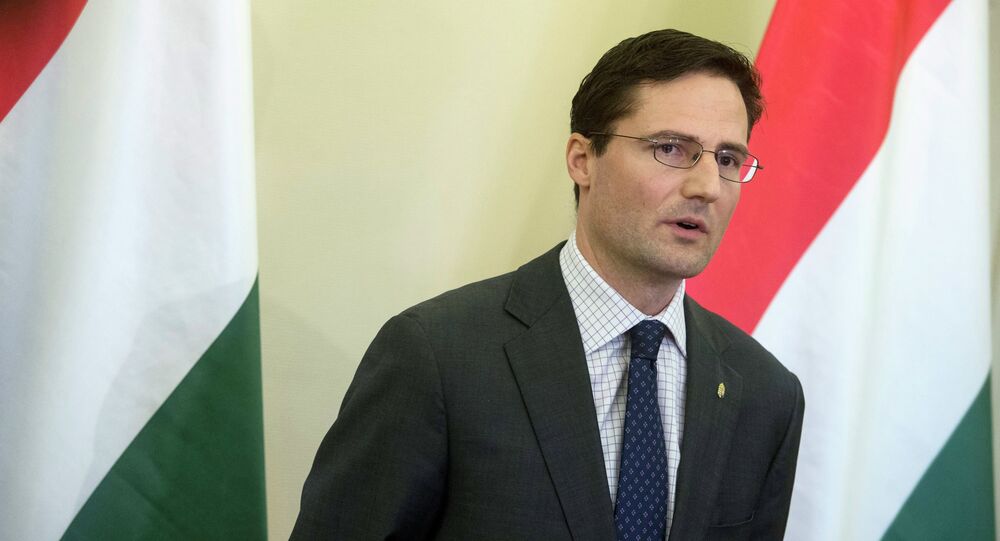 Marton Gyongyosi, member of Hungarian right-wing Jobbik party and Deputy Chairman of the Foreign Relations Committee, said that he is preparing to visit Crimea this autumn in order to see the situation on the peninsula with "his own eyes."

BUDAPEST(Sputnik) — Member of Hungarian right-wing Jobbik party and Deputy Chairman of the Foreign Relations Committee Marton Gyongyosi is going to pay an official visit to Crimea this autumn, he confirmed on Saturday.

In late July, a delegation of 10 French lawmakers traveled to Crimea to assess the situation on the ground and meet local officials. Following the visit of the French politicians, delegations from different countries have expressed a desire to also visit the peninsula.

On July 31, a Jobbik spokesman confirmed that the party had received an official invitation to visit Crimea.

"I'm preparing for a trip, I consider it necessary to see the situation on the peninsula with my own eyes," Gyongyosi told RIA Novosti.

© Sputnik / Alexey Druzhinin
Berlusconi Arrives in Crimea for Private Visit, Plans to Meet With Putin
Crimea became a part of the Russian Federation on March 21, 2014, after more than 96 percent of Crimea voters backed the motion to secede from Ukraine and rejoin Russia in a referendum.

The West and Kiev have not recognized the legitimacy of the vote, imposing sanctions on Russia over what it calls the Crimean "annexation." Moscow has pointed out that the referendum was held in keeping with international law.

In March 2014, Jobbic party stated that it recognizes the results of the referendum in Crimea. In response, the Security Service of Ukraine banned four members of the party, including Gyongyosi, from entering the country.

Russia Will Use Contractors to Conduct Geological Survey of Crimean Coast