The Bank of Russia’s board of directors decided to retain the annual key rate at 11 percent, taking into consideration the increase in inflationary risks in retrospect to the risks of considerable cooling of the economy, according to the official press release.

MOSCOW(Sputnik) – The Bank of Russia has decided to leave annual key rate at 11 percent, the bank said in a press release Friday.

“The Bank of Russia’s board of directors on September 11, 2015, decided to retain the annual key rate at 11 percent, taking into consideration the increase in inflationary risks in retrospect to the risks of considerable cooling of the economy,” the press release reads.

In December 2014, the Bank of Russia made the largest single increase in interest rates since 1998, raising its key rate from 10.5 to 17 percent as the ruble lost about half its value against the dollar due to plummeting oil prices and Western economic sanctions. The central bank explained the move as a measure to help slow down the national currency's depreciation and inflation. 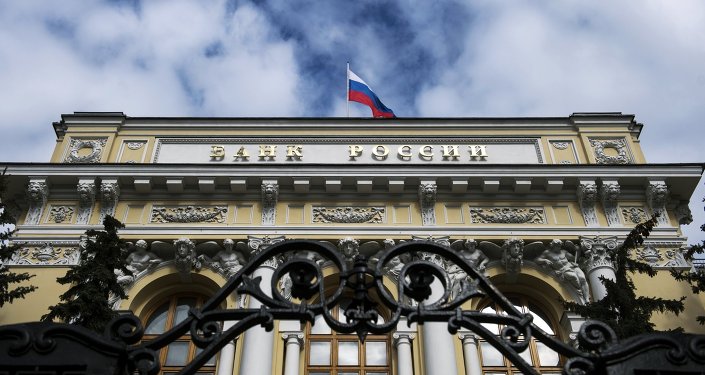 © Sputnik / Evgeny Biyatov
Bank of Russia Lowers Key Rates to 11.5% From 12.5% Annual
Since then, the key interest rate has been gradually decreased in response to the ruble regaining some of its value. In April, the rate was cut to 12.5 percent, in June the bank lowered it by a 1 percent, while the next month it was decreased by a further 0.5 percent.

Also the Bank of Russia made forecast that Russia’s annual inflation rate for September 2016 is projected to be approximately 7 percent and will reach the target level of 4 percent in 2017.

“According to the Bank of Russia’s forecast, the annual rate of growth in consumer prices will stand at approximately 7 percent in September 2016 and will reach the target level of 4 percent in 2017,” the statement reads.

Russian Central Bank head Elvira Nabilullina made statement about the forecast on inflation in Russia.

“We have corrected our forecast on inflation to 12-13 percent for the end of 2015,” Nabilullina said during a press conference.

In 2014, the inflation rate in Russia in was at 11.4 percent, according to the Russian State Statistics Service. 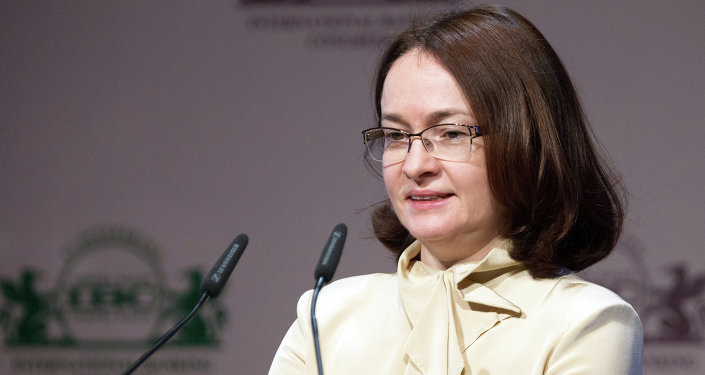 © Sputnik / Igor Russak
Central Bank Expects No Further Weakening of Russian Ruble - Bank Head
The Russian economy declined in late 2014 following a drop in global oil prices and several rounds of anti-Russia economic sanctions imposed by Western countries over Moscow's alleged role in the Ukrainian conflict. The ruble lost about half its value against the dollar.

In June, the Central Bank projected a 3.2-percent contraction of the Russian economy in 2015, followed by 0.7-percent growth in 2016, to eventually reach a 1.7-2.4 percent growth over the next two years.

Earlier on Friday, Nabiullina stated that the Russian Central Bank does not expect the Russian national currency ruble to weaken further.

Russian Central Bank Forecasts Unemployment to Reach 6.5% by End of 2015