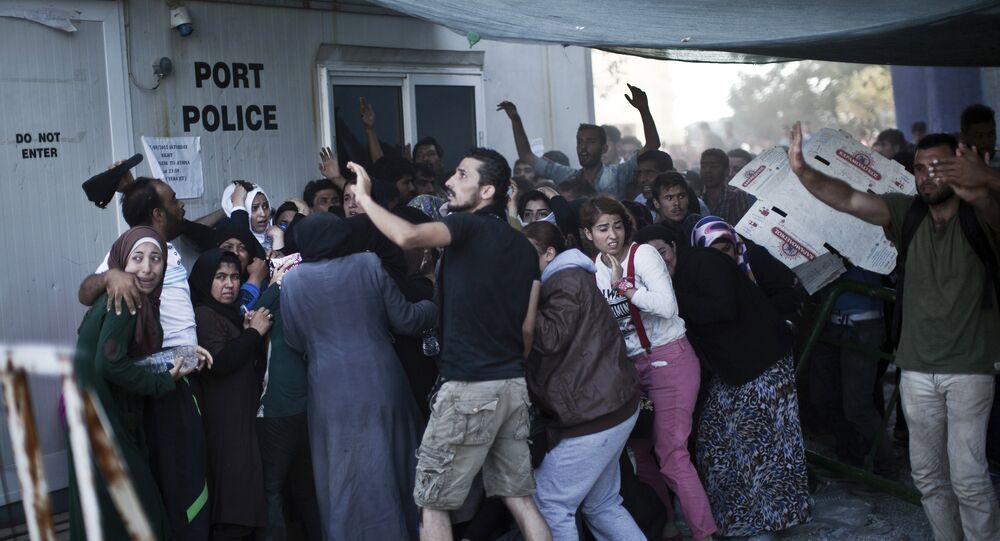 Russia Unaffected by Syrian Refugees Because of 'Safety Cushion'

Russia is not affected by migration flows because refugees choose other destinations, the country's federal migration service head said.

“Because of logistics, this doesn’t affect Russia,” Romodanovsky told journalists.

According to Romondanovsky, the migration flow of refugees from Syria heads to Turkey, Macedonia, and Hungary, as well as another flow into Italy.

“There is a buffer zone made up of a number of countries that creates a safety cushion for us,” Romondanovsky added.

Russia is ready to consider applications from Syrian asylum seekers and to help them, the migration official stated.

© AFP 2019 / CSABA SEGESVARI
Hungarian Police Helicopter Patrolling Serbia Border in Search of Migrants
According to him, there have been no cases of migrants from Syria violating Russian migration law recorded to date. Syrian migrants seemingly do not intend to settle in Russia, but instead aim to settle permanently in other countries, Romodanovsky explained.

Lately, the number of refugees fleeing violence in the Middle East, primarily from Syria, have been pouring into European countries in record numbers.

According to UN estimates, over four million Syrians have fled the country as a result of the four-year-long civil war between the government and opposition forces, further complicated by numerous extremist insurgent groups, including Islamic State and Nusra Front militants, active in the country. The European Commission has termed it the largest humanitarian crisis since World War II.

No More Regime Change: Refugee Crisis Lesson for US and Europe

Some 80 Football Clubs to Donate $1.1 Per Ticket Sold to Help Refugees