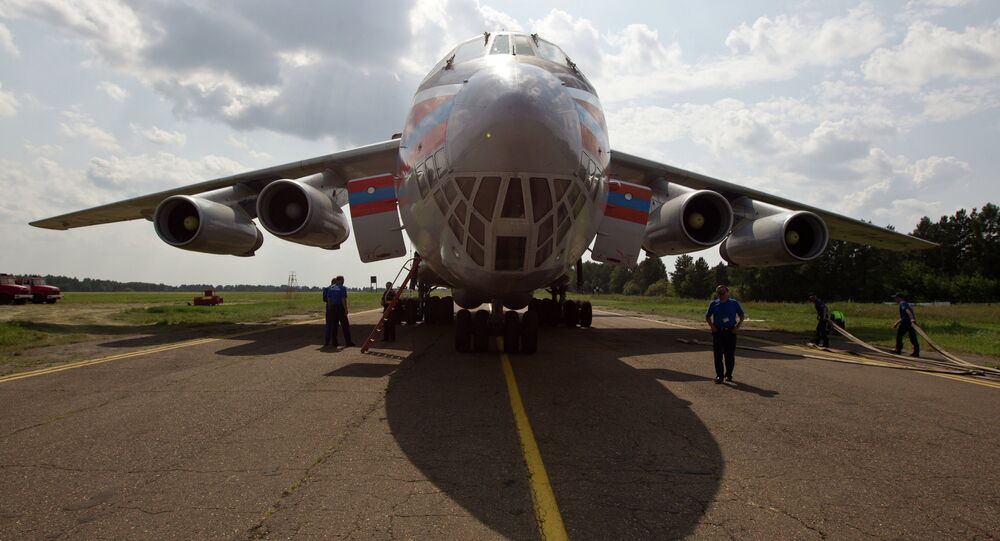 There Are Alternative Routes for Aid Flights to Syria - Kremlin

On Tuesday, Bulgaria's Foreign Ministry confirmed that it had banned Russian military transport planes, carrying supplies to Syria, from entering the country's airspace until September 24, citing concerns over "the purpose of the flights and the cargo."

"If I'm not mistaken, the [Russian] Foreign Ministry noted today that there are alternative routes for the delivery of humanitarian aid, which will be explored, considered and used by the Russian side," Peskov told reporters.

© Sputnik / Alexei Danichev
Bulgaria Closed Airspace to Russian Aid Flights to Syria Just to Please US?
Bulgaria's decision to deny its airspace to Russian aid flights to Syria comes after a similar request was allegedly made by the United States to Greece. A diplomatic source in Athens told RIA Novosti last week that Washington had asked Greece to prohibit Russian aircraft from using its airspace for aid deliveries to Syria, however, Athens refused to do so.

According to media reports, Moscow could reroute its aid deliveries to Syria through Iran.