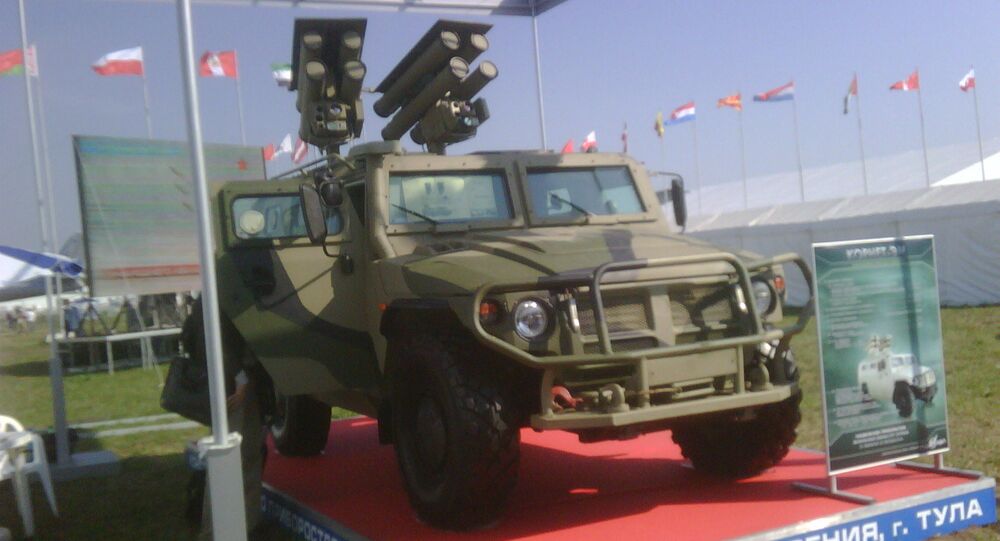 Conflicts that have recently flared up in various parts of the world showed that America’s much-trumpeted M1 Abrams tank falls easy prey to even older types of Russian antitank weapons.

© AP Photo / Hadi Mizban
Old Soviet Missile Makes Easy Work of US M1 Abrams Tank (VIDEO)
The Kornet-EM is a multi-purpose long-range antitank guided missile system. It was unveiled at the Moscow Airshow (MAKS) in August 2011. The system was also demonstrated at the Russian Arms Expo in September 2013 and May 2015.

The missile system is designed to destroy advanced and modern tanks fitted with explosive reactive armor from 1,100mm to 1,300mm, light-armored vehicles and fortifications.

It can also engage surface-level marine and low-speed aerial targets at ranges between 150m and 10,000m and offers high immunity against jamming.

The Kornet-EM is available in two configurations, which include an automatic launcher for deployment on carriers and a transportable launcher for combat operations under different environmental conditions.

The automatic launcher is controlled by an automatic and laser beam riding guidance system. It is fitted with high resolution cameras and third generation thermal imaging sight. Each launcher module weighs 75.2kg.

It engages the targets automatically and can perform salvo firing at two targets simultaneously.

The portable-transportable launcher of the Kornet-EM can be installed on wheeled and tracked vehicles, most recently on the Tigr armored car.

The Kornet-EM has already won big kudos abroad. Algeria, for one, plans to buy several units.

One of its neighbors will soon be buying Abrams tanks, which means that the Algerians already have a strong “antidote” against The Beast…