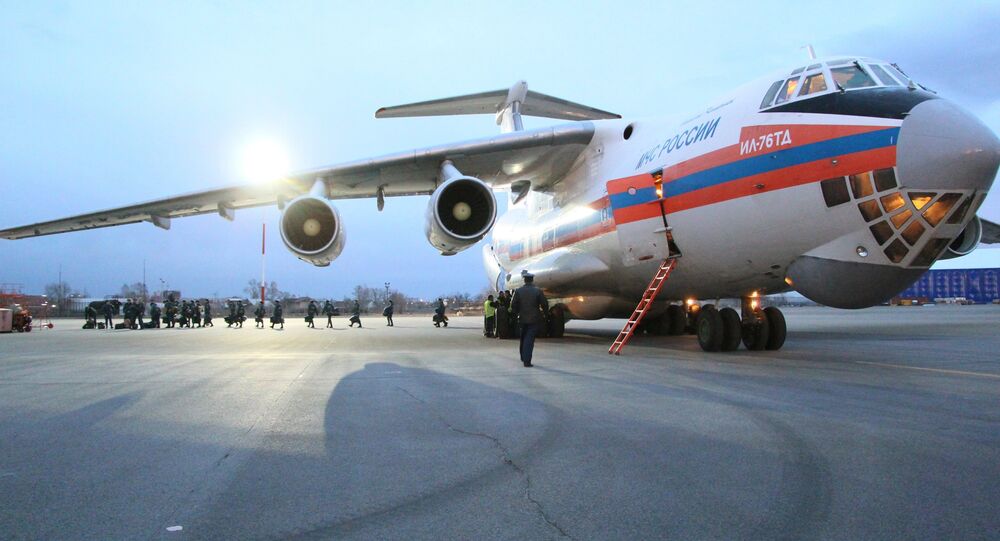 According to a Greek government spokesperson, Russia no longer needs access to Greek airspace to deliver humanitarian aid to Syria, Reuters reported.

According to Reuters, Athens said that Russian aircraft delivering humanitarian aid to Syria would bypass Greece using an air route to the east of the country.

"Right now I can only confirm that we received such a request on Sunday and it is under discussion," Koutras said. "I don't have such information," he said commenting on reports that Russia would avoid Greek airspace in order to deliver humanitarian aid to the war-torn country in the Middle East.

© Sputnik / Lidia Ysamova
Plan B: Russia May Use New Aid Flight Routes to Syria Bypassing Greece
On Saturday, the US embassy appealed to Athens with a request to prohibit the flights of Russian aircraft providing aid to Syria, however, Greece refused to do so, a source told RIA Novosti.

© Sputnik / Andrei Stenin
Athens Denies US Request to Close Airspace for Russian Aid to Syria
Syria has been mired in civil war since 2011 as government forces loyal to President Assad have been fighting several opposition and radical Islamist militant groups, including Nusra Front and Islamic State.