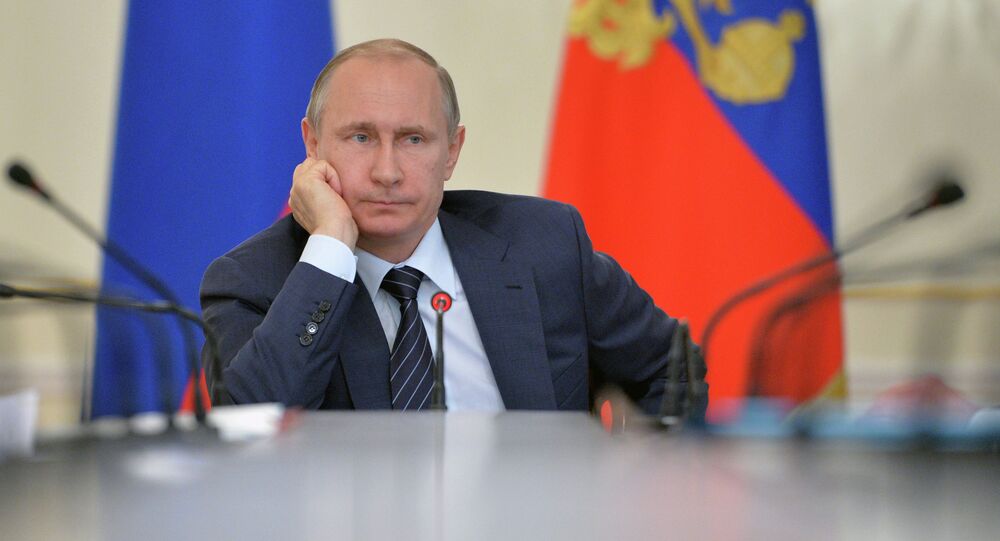 Putin Now 'On the Offensive' in Syrian Conflict - German Newspaper

Despite Western countries' failed policies in the Middle East, the Russian President made it clear that Russia is ready to cooperate with Washington to find a political solution to the Syrian crisis.

Russian President Vladimir Putin criticized Western foreign policy in the Middle East but is ready to cooperate with the US to establish peace in the region, German newspaper Deutsche Witschafts Nachrichten said on Sunday.

According to the newspaper, Putin's rhetoric could mean that he is "going on the offensive" in the Syrian conflict by saying that Moscow is ready to help Western countries in the fight against the Islamic State. However, he also claimed that the West was not without its share of the blame for the Syrian conflict.

"In Russia, we have even several years ago said that if our so-called Western partners conduct erroneous policies in regions of the Muslim world, in the Middle East and North Africa, this will lead to large-scale issues," Putin said on Friday.

© Sputnik / Alexander Natruskin
Anti-Terrorism Coalition Proposed by Putin to Be 'Regional Safety Net'
The newspaper also said that it is unclear if Russia would directly interfere in the Middle Eastern crisis and the scale of such an intervention. According to the author, new bombings could worsen the "suffering of the civilian population."

The newspaper added that Moscow continues seeking a political solution to the crisis. Moscow assures that Assad is ready for new elections. It also noted that Putin has called on the Syrian opposition to take part in the conflict's peaceful resolution.