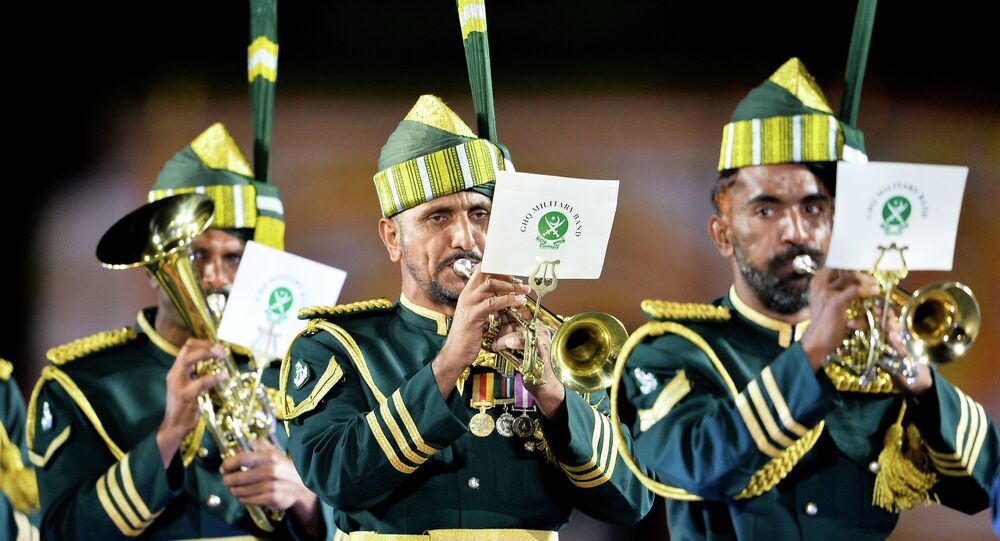 Pakistani Ambassador to Russia, Zaheer Janjua called a Pakistani national military band which will perform at the International Music Festival in Moscow 'capable and versatile.'

MOSCOW (Sputnik) — A national military band will represent Pakistan at the International Music Festival in Moscow that kicked off on Saturday, the Pakistani Ambassador to Russia told Sputnik.

"This time we have come with a greater resilience and greater preparation. We are grateful to our host, Russia, for this invitation. Our band is quite capable and versatile," Ambassador Zaheer Janjua said.

Last time, the national Pakistani band was performing at the music festival in the Russian capital in 2011.

The Pakistani military band, created during the times of the partition of the British Indian Empire into India and Pakistan in 1947, is known for playing tunes of National Anthem and other national songs to boost the morale of the Pakistani Armed Forces.

Singing in the Skies: Musicians Perform While Paragliding Over Siberia