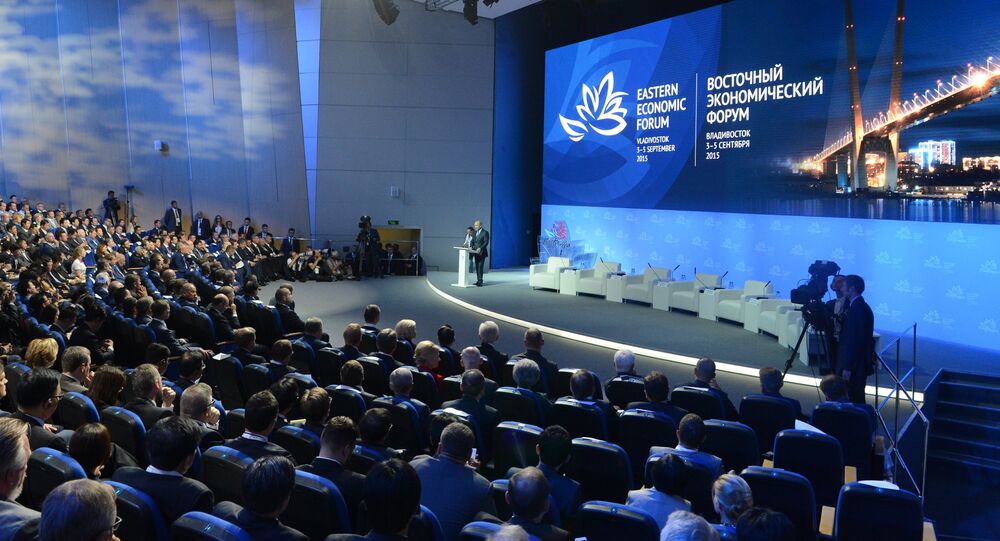 Vladimir Putin stated that Europe is 'blindly' sticking to US policy in resolving the migrant crisis, which is leading to drastic consequences that Russia had warned about.

© Sputnik / Mikhail Voskresensky
Putin: The Far East is Key to Russian Economic Development
VLADIVOSTOK (Sputnik) – Europe is sticking to US policy in dealing with the massive inflow of migrants from North Africa and the Middle East, which is leading to drastic consequences that Russia had warned about, Russian President Vladimir Putin said at the Eastern Economic Forum (EEF) on Friday.

"Europe is blindly following this [American] policy within the framework of the so-called partner commitments, and then carries the load," Putin said speaking on the second day of the EEF, which is currently underway in Russia’s Far East city of Vladivostok.

According to the Russian president, the migrant crisis was expected as enforcing Western standards without taking into account the historic, religious and cultural characteristics of the Middle East and North Africa was bound to lead to unsatisfactory results.

Russia "has repeatedly said that there would be major large-scale problems if our so-called western partners conduct the erroneous, as I have always said, foreign policy, especially in the regions of the Muslim world, the Middle East, North Africa," Putin said.